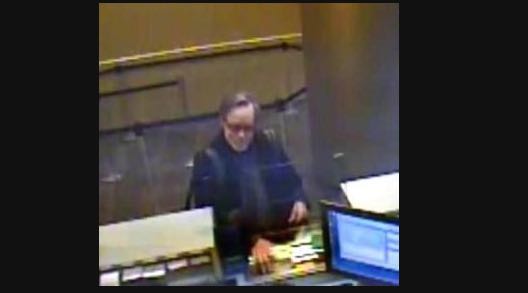 A former M.I.T. professor is facing a bevy of serious charges after he took in thousands of dollars from two robberies of two banks, but that isn’t the most unbelievable part of this story!

Joseph Gibbons had also reportedly made off with $3,000 in cash from a bank in Rhode Island.

According to the New York Post, Gibbons entered the Manhattan bank on New Year’s Eve with a camcorder and handed the teller a note demanding a donation for his church.

“He was doing research for a film,” Gibbons’s cell-mate, Kaylan Sherrard, told the Post. “It’s not a crime; it’s artwork… He’s an intellectual.”

Joseph Gibbons has reportedly released work in the past which have shown old footage of him shooting heroin and shoplifting books.

The New York post reports Gibbons lives in the Boston area and “has held teaching gigs and artistic fellowships with several esteemed organizations.”

Web articles – via partners/network co-ordinators. This website and its contents are the exclusive property of ANGA Media Corporation . We appreciate your feedback and respond to every request. Please fill in the form or send us email to: [email protected]
Previous: Jews Fleeing Paris? French Jews express deepening sense of fear
Next: Truck hits 112th Street overpass (Video)