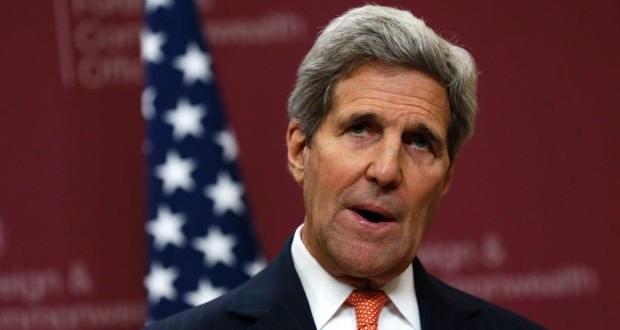 John Kerry at Davos: Don’t Blame Muslims for Crimes Not Committed by Muslims Alone, In a speech calling for a global effort against violent extremism, Kerry said it would be a mistake to link Islam to criminal conduct rooted in alienation, poverty, thrill-seeking and other factors.

“We have to keep our heads,” Kerry said. “The biggest error we could make would be to blame Muslims for crimes … that their faith utterly rejects,” he added.

“We will certainly not defeat our foes by vilifying potential partners,” the top US diplomat said. “We may very well fuel the very fires that we want to put out.”

Kerry’s comments highlighted a rhetorical division between the US and its closest allies. French President Francois Hollande told the same audience earlier on Friday that Islamic extremism is a problem that must be opposed. On Thursday, British Foreign Secretary Philip Hammond stood next to Kerry and urged the defeat of what he called “the scourge of violent Islamist extremism.”

The Obama administration has come under criticism for its unwillingness to differentiate between Islamic extremism and other forms of extremist violence.

Earlier this week, Rep Tulsi Gabbard, a Democrat from Hawaii and Iraq war veteran, said it was a “bipartisan concern” that Obama and his top aides don’t use the term “Islamic extremism.”

Web articles – via partners/network co-ordinators. This website and its contents are the exclusive property of ANGA Media Corporation . We appreciate your feedback and respond to every request. Please fill in the form or send us email to: [email protected]
Previous: Sperm whale blasts tons of shit all over the place (Photo – Video)
Next: Oceans are warming so fast that readings are now off the chart, Report