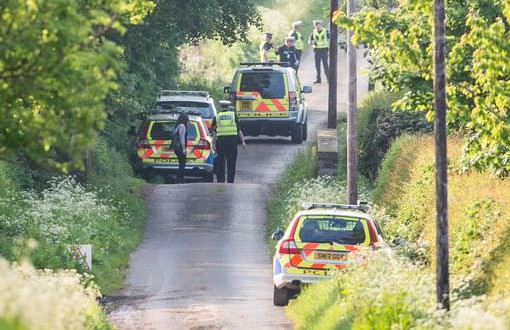 Police say three people were killed and six injured at a road rally in Edinburgh, Scotland, after two cars collided with spectators in separate accidents.

Organizers said the Jim Clark Rally in the Scottish Borders was canceled, and that they were cooperating with the police investigation to determine the cause of the crashes.

Sky sources understand two of the three people killed were from the same family, while the third was a photographer.

The sources added that the car was going over a hump at speed before it lost control.

The fourth spectator, a man, was taken to Edinburgh Royal Infirmity in a critical condition.

Three men were initially taken to Borders General Hospital, however one was later transferred to an intensive care unit in Edinburgh.

The remaining two spectators were treated for minor injuries.

Police say the two drivers involved in the crashes were unhurt.

“This is desperately sad and difficult news from the Borders of the tragic circumstances that have occurred at the Jim Clark Rally,” he said.

“The police have confirmed three fatalities and my thoughts are with all of those involved and the families and loved ones of those who have lost their lives.

“The government is in contact with Police Scotland and we await the outcome of their inquiries. The Jim Clark Rally is a long-standing event of over 40 years.

Spectator Tommy Tait was watching the race close to the location of one of the crashes.

He wrote on Facebook: “We must be like cats have nine lives never have we been so close to getting wiped out by a rally car our thoughts go out to the 4 who got hit (sic).”

The Jim Clark Rally takes place over three days on closed roads in the Duns and Kelso areas.

The rally course is described on the event’s website as having “a reputation for being fast with big jumps, ditches and hedges”.

The event is named after Scottish Formula One driver Jim Clark, who was raised in the area. Clark died in a motor racing accident in Hockenheim, Germany, in 1968.

“Our thoughts are especially with those who have lost family members and to the families of the injured spectators.

“All members of the organising team are in shock and are cooperating fully with Police Scotland to establish the facts.”

Web articles – via partners/network co-ordinators. This website and its contents are the exclusive property of ANGA Media Corporation . We appreciate your feedback and respond to every request. Please fill in the form or send us email to: [email protected]
Previous: Malia Obama attends her first prom, President reveals (Video)
Next: Ancient Rocks Provide Clues About Earth’s Earliest Crust, Report