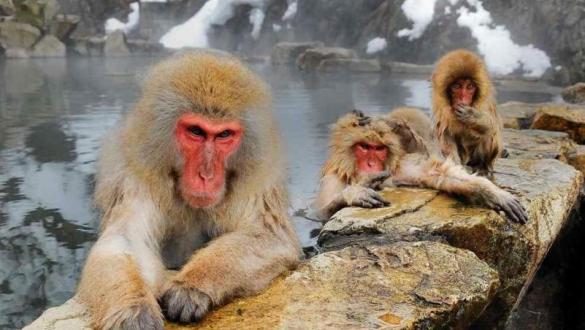 A Japanese zoo has been criticised for culling 57 snow macaques.

Zoo officials discovered that of 164 Japanese macaques (also known as snow monkeys), at least 57 were crossbreeds with rhesus macaques.

The monkeys were killed by lethal injection, a Futtsu official told AFP, adding that the zoo operator held a memorial service for the macaques at a nearby Buddhist temple.

“They have to be killed to protect the indigenous environment,” another official with the Chiba prefectural government told AFP.

The zoo said that the culling was “unavoidable” and decided to take measures to prevent crossbreeding in the future, Japanese broadcaster NHK reported.

The remaining 107 Japanese macaques will be kept in the zoo, which also promised to submit all new-born monkeys to DNA testing, Chiba Nippo newspaper reported.

According to Junkichi Mima, spokesman for conservation group WWF Japan, invasive species like rhesus macaques cause problems “because they get mixed in with indigenous animals and threaten the natural environment and ecosystem.”

“There are many zoos in the country which rear animals that became classified as invasive species after the law was created,” a ministry official said, as cited by AFP.

The Japanese macaque is the only indigenous primate in Japan, according to the WWF. The rhesus macaque, in contrast, is native to a wide range of countries, including India, Bangladesh, Pakistan, Nepal, Burma, Thailand, Afghanistan, Vietnam and China. Both species are considered ‘Least Concern’ in terms of threat of extinction, according to the International Union for Conservation of Nature.

However, the IUCN says that there are some local populations of snow macaques which are under threat. The group adds that one of the major threats to the population is ‘hybridization’ with rhesus macaques in the Chiba Prefecture.

Web articles – via partners/network co-ordinators. This website and its contents are the exclusive property of ANGA Media Corporation . We appreciate your feedback and respond to every request. Please fill in the form or send us email to: [email protected]
Previous: Indian teenager wakes up during his funeral after being presumed dead
Next: Life expectancy could soon exceed 90 years; says new study