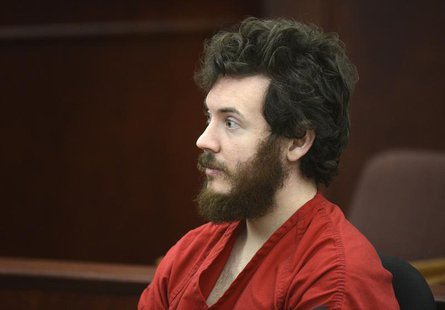 The Colorado Supreme Court is rejecting Aurora theater shooting defendant James Holmes’s request that he not have his sanity evaluated a second time.

The court denied Holmes’s appeal Thursday. It also ruled that Holmes’s filing can’t be seen by the public.

Holmes pleaded not guilty by reason of insanity to killing 12 people and injuring 70. Prosecutors are seeking the death penalty.

He underwent a mandatory psychiatric evaluation last summer. The key findings haven’t been made public, but prosecutors claimed the evaluation was flawed and asked for another.

The new round of testing, which is to focus solely on Holmes’ mental state at the time of the killings, was suspended by Samour until the state Supreme Court had ruled on a defense request to block a second exam. That stay will now presumably be lifted.

The high court also refused to hear a second defense motion seeking to overturn a ruling by Samour to allow surviving victims of the massacre to hear trial testimony, even if they are called as witnesses.

The murder trial is set to begin in October, but defense lawyers have asked Samour to move the trial out of Arapahoe County, saying “pervasive media coverage” and the impact of the mass shooting on the community makes it impossible to seat an impartial jury there.

Web articles – via partners/network co-ordinators. This website and its contents are the exclusive property of ANGA Media Corporation . We appreciate your feedback and respond to every request. Please fill in the form or send us email to: [email protected]
Previous: Wyoming to reject US science standards over global warming
Next: Yemen launches offensive against al-Qaeda