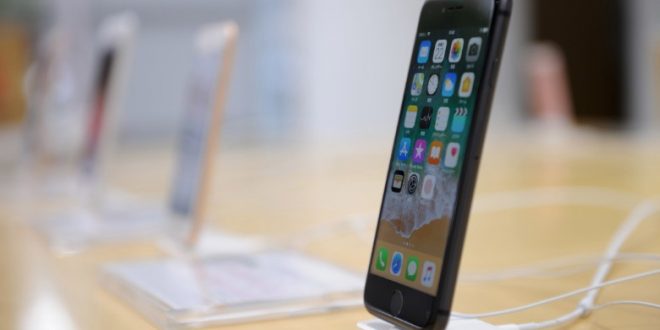 Apple has released a new iOS 11 update to fix a strange autocorrect bug that some users are getting when typing a lowercase “i.”

The update also reportedly addresses a problem that could sometimes cause the “Hey Siri” command to stop functioning. Apple’s update notes are as follows:

iOS 11.1.1 includes bug fixes for your iPhone or iPad. This update:

Nothing in Apple’s support documentation suggests there are any other changes of note; for example, the security documentation says that the security content of iOS 11.1.1 is the same as that of iOS 11.1. iOS 11.1 fixed the serious KRACK Wi-FI vulnerability for some devices. It also introduced new emoji, reintroduced a deprecated touch gesture that users wanted back, and addressed numerous other bugs and issues with Photos, notifications, and more.

As for this update, there is a temporary workaround for the autocorrect issue, but it isn’t ideal for long-term use. Apple had previously fixed the issue in the iOS 11.2 beta, but it looks like the bug became widespread enough that Apple pushed it out before that larger update. And speaking of iOS 11.2, AppleInsider reports that users have begun having problems with GPS accuracy on the iPhone 8 and iPhone X, but a fix appears imminent in iOS 11.2.

Web articles – via partners/network co-ordinators. This website and its contents are the exclusive property of ANGA Media Corporation . We appreciate your feedback and respond to every request. Please fill in the form or send us email to: [email protected]
Previous: Researchers successfully grow entirely new skin for 7-year-old
Next: Police: Body found in Oshawa harbour identified as missing woman