Home » World » High chair injuries up 22% over past decade : Study 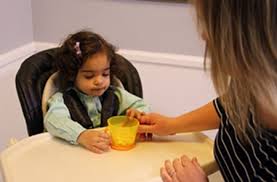 High chair injuries up 22% over past decade : Study

Every hour a child is treated in an emergency room for injuries related to a high chair. The majority of them are hurt in falls and many suffer such head injuries as concussions. Worse, the number of high chair-related injuries is on the rise suggesting that children are not being properly restrained in their seats. That’s the conclusion of a new study from the Center for Injury Research and Policy at Nationwide Children’s Hospital.

“She was shocked, scared, she definitely cried. She wasn’t hurt, just definitely more of a scare than anything,” Wilson explained.

Maya wasn’t hurt in the ordeal thankfully, but another local family says a fall from a high chair landed their son in the emergency room.

“He put his little feet up on the table and pushed backwards the chair tipped over,” Mom of two Julie Olson said.

For the Olson family, they had the same experience as Wilson, except with a completely different outcome.

“They found that Brady had a 4 inch skull fracture which cut an artery in his skull and started an epidural brain bleed,” Brandon Olson explained.

Julie and Brandon Olson say their son Brady was just eight months old when he had to be rushed into surgery after doctors found a skull fracture he got from falling from a high chair.

“There is no permanent brain damage but it was the trauma of the initial fall and the surgery and stuff,” Julie Olson said.

Now at two and a half, Brady is a happy boy but his parents say it could have been way worse.

“He could have died,” Julie said.

“With kids in particular I don’t know if anyone really knows how dangerous a head injury can be on a child,” Mayo Clinic Health Systems Emergency Technician Paul Horvath said.

Horvath says in his time working in the Emergency Room, he’s seen his fair share of kids coming in with injuries from falls, and he says safety is key to prevention.

“Make sure your child is really secured in the seat whatever it happens to be you don’t want a child playing in the seat,” Horvath explained.

Horvath says make sure the straps are tight, and keep a close eye on kids when they are up in the chair. Something both the Olson family and Susan Wilson agree with.

“You’re totally not expecting it to happen. You just have to keep them buckled in and keep their feet away from anything they can kick at,” Wilson said.

Horvath says another good rule of thumb for parents; make sure the high chair you are using is not under a current recall. In the past few years millions of high chairs have been recalled. You can see a recall list by visiting the Consumer Product Safety website. We have that information under our Related Links section.

Web articles – via partners/network co-ordinators. This website and its contents are the exclusive property of ANGA Media Corporation . We appreciate your feedback and respond to every request. Please fill in the form or send us email to: [email protected]
Previous: Most Expensive Homes in America for sale
Next: Healthy eating is more expensive : how you can get around the costs, Study Finds