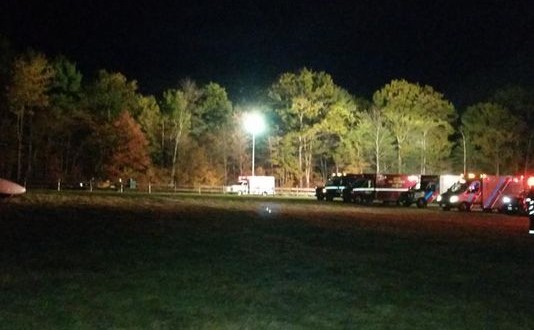 A teenage girl was killed and 22 others were injured Saturday night at Pumpkin Land in Mechanic Falls, Maine, when a hayride flipped over at Harvest Hill Farm, the location of the fall-themed activity site.

Police say the Jeep pulling the wagon at Harvest Hill Farms for the Gauntlet Haunted Night Ride lost control and careened down a hill and crashed into a tree, causing the wagon to flip over.

Authorities say several others, including patrons and ride workers, have been taken to the hospital for serious injuries; others have been treated and released.

We’re told Charette, a junior at Messalonskee High School, was on the ride with other students from school.

A spokesperson for the farm says the Jeep’s driver is an experienced trucker with a commercial driver’s license.

Investigators believe the Jeep couldn’t stop because of a mechanical issue.

State police impounded the Jeep Sunday morning and will conduct a safety inspection on it.

Web articles – via partners/network co-ordinators. This website and its contents are the exclusive property of ANGA Media Corporation . We appreciate your feedback and respond to every request. Please fill in the form or send us email to: [email protected]
Previous: Car seat errors widespread among new parents, New Study
Next: Dracula Untold movie : The Early Adventures of Bland the Impaler