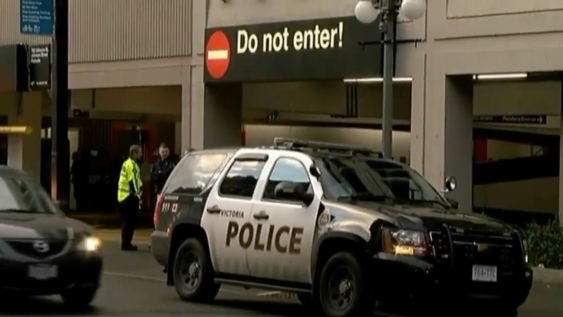 Drugs are the probable cause of eight deaths in Greater Victoria in the past week, coroner Barb McLintock says.

There have been one confirmed and seven suspected fatal overdoses since last Sunday, she said.

Vancouver Island regional coroner Matt Brown said Wednesday that toxicology tests are now complete in the case of a man found dead in a stairwell at the Johnson Street Parkade Sunday afternoon. Brown said the report showed a mix of morphine, cocaine, fentanyl and methamphetamine present in the man’s blood.

Two other deaths where drugs are suspected, one in Victoria and one in Saanich, are still under investigation, with toxicology results not expected until early next week,

Victoria Police say they’ve responded to more than two dozen other overdose calls where the patient survived since Sunday, and outreach workers say the true numbers are likely even higher.

“This has been a really rough past 48 hours, we still can’t confirm an exact number, but I feel confident saying an unprecedented number of overdoses have occurred in the Capital Region,” said Shane Calder, harm reduction co-ordinator at AIDS Vancouver Island.

“We certainly now we have had a couple of our clients die in the past 48 hours,” he said, adding the anti-overdose drug naloxne (also known as Narcan) has been used to save several lives, including three at the tent city beside Victoria’s courthouse.

Calder says the belief among users and health workers is that there’s a bad batch of drugs on the street, laced with the powerful opioid painkiller fentanyl.

“The impact on the community is extreme right now, there’s a lot of stress a lot of fear, certainly a lot of anger. These deaths are fundamentally preventable deaths, if not through naloxone, certainly through a safe injection site.”

Web articles – via partners/network co-ordinators. This website and its contents are the exclusive property of ANGA Media Corporation . We appreciate your feedback and respond to every request. Please fill in the form or send us email to: [email protected]
Previous: Bioactive glass could prevent tooth decay, says new Research
Next: Teen killed in St-Constant during police intervention