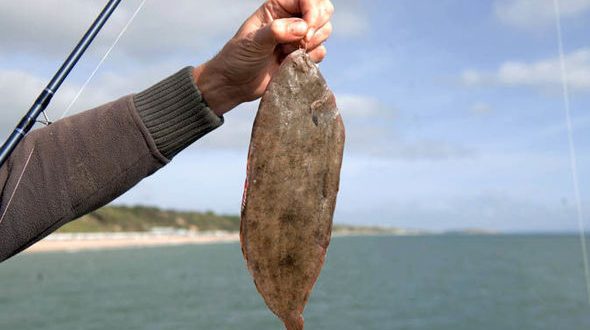 Fisherman almost dies after Dover sole jumps down his throat

Fisherman almost dies after Dover sole jumps down his throat

A fisherman’s prank almost killed him after the Dover sole he had just caught jumped down his throat when he posed with it over his mouth.

The 14cm (5.5in) fish completely blocked the 28-year-old’s airway, stopping him from breathing and causing him to go into cardiac arrest.

Paramedic Matt Harrison says after arriving at the scene, he knew that he had to get the fish out or the man would not survive the short journey to the hospital. “I was acutely aware that I only had one attempt at getting this right as if I lost grip or a piece broke off and it slid further out of sight then there was nothing more that we could have done to retrieve the obstruction,” he tells the BBC.

Harrison says he managed to dislodge the sole’s tail with forceps and get it out of the man’s throat, though the fish’s barbs and gills kept getting stuck on the way out. “I have never attended a more bizarre incident and don’t think I ever will,” he says. He says paramedics were able to restart the man’s heart after three minutes and he will suffer no lasting effects from the incident, “which could so easily have had such a tragic and devastating outcome.”

The man’s friends say it is a local tradition to kiss your first catch of the day.

Web articles – via partners/network co-ordinators. This website and its contents are the exclusive property of ANGA Media Corporation . We appreciate your feedback and respond to every request. Please fill in the form or send us email to: [email protected]
Previous: Mum Warns Others After Baby Burned By Phone Charger (Photo)
Next: DNA Proves Ancient Diversity of Newfoundland, says new research