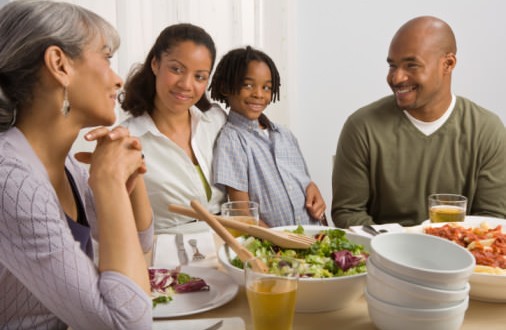 A recent study suggests that family dinners could be good for many teens’ mental health.

Scientists found that this type of regular dinner pattern could help prevent bullying and cyberbullying, which occurs in about 1 in 5 adolescents.

“It is important to understand whether cyberbullying contributes uniquely to mental health and substance use problems independent of its overlap with traditional face-to-face bullying. Family dinners are an outlet of support for adolescents,” the researchers said.

Scientists examined the association between cyberbullying and mental health and substance use problems, as well any moderation of the effects by family contact and communication through family dinners.

The study included survey data on 18,834 students in the age group of 12-18 from 49 schools. Nearly 19 per cent of the students reported they had experienced cyberbullying during the previous 12 months.

“Family dinners appeared to moderate the relationship between cyberbullying and the mental health and substance use problems,” said researcher Frank Elgar from McGill University, Montreal, Canada.

For example, with four or more family dinners per week there was about a 4-fold difference in the rates of total problems between no cyberbullying victimisation and frequent victimisation. When there were no dinners the difference was more than 7-fold.

These results suggest that family dinners (ie, family contact and communication) are beneficial to adolescent mental health and may help protect adolescents from the harmful consequences of cyberbullying, researchers said.

Web articles – via partners/network co-ordinators. This website and its contents are the exclusive property of ANGA Media Corporation . We appreciate your feedback and respond to every request. Please fill in the form or send us email to: [email protected]
Previous: Minimum wage has gone up in Alberta, Report
Next: Antarctic Sea-Level Rising Faster Than Global Rate (Video)