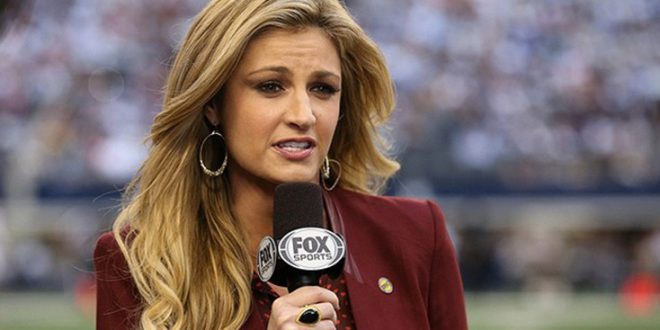 Erin Andrews is known for her sideline reporting, but now she’s proving just how tough she is, She recently revealed she has been diagnosed and treated for cervical cancer.

Erin Andrews had surgery on October 11, but five days later, she was on the sideline reporting for the Packers vs. Cowboys game. She told her doctors that she wasn’t watching any games from home this year because it is Fox’s Super Bowl year. She was officially declared cancer free on November 17, with no need for radiation.

Andrews is one of 14,000 thousand Americans affected by cervical cancer each year.

Dr. Melissa Geller with the University of Minnesota says the common cause for cervical cancer is HPV and hopes this news will open the door to more people getting the testing that’s needed.

“Whenever these stars or people who are in the media are associated with these types of things, people start to think about it,” said Geller. “Maybe this will bring more attention, more light to the HPV vaccine. Hopefully Erin was treated early enough that often times we can sure this with surgery alone and patients go on to live long, full lives.”

Dr. Geller says that 80 million Americans have HPV. The best way to prevent getting it is to get vaccinated as a child between the ages of 9 and 26. The optimal age for the vaccine is 11 or 12 years old. Without vaccinations, physicians can catch cancers, like cervical cancer with regular testing.

Web articles – via partners/network co-ordinators. This website and its contents are the exclusive property of ANGA Media Corporation . We appreciate your feedback and respond to every request. Please fill in the form or send us email to: [email protected]
Previous: Barron Trump Bullied: White House asks press to respect Trump children’s privacy
Next: Siera Bearchell: Miss Universe Canada Slams Body Shamers on Social Media