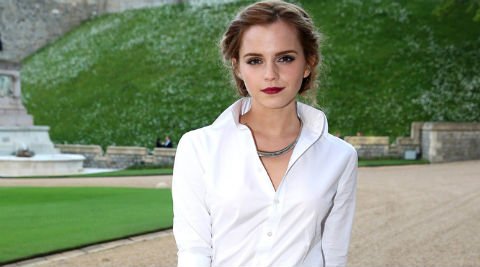 The 24-year-old actress’ four years at the Ivy League school will come to an end on May 25 when she receives a degree in English Literature, reported Contactmusic.

Watson began studying at the institute in 2009, but after 18 months, in March 2011, she was forced to take a leave of absence to continue her filming commitments.

During the 2011-12 academic year, the 24-year-old spent considerable time studying at Worcester College, which is part of the University of Oxford.

The actress shared her experience at the university when she appeared on “The Ellen DeGeneres Show”, in March.

“I guess everyone in their freshman year is nervous and figuring it all out. I think people kind of took pity on me. ‘She’s English, she doesn’t really know where she’s going.’ And the university was weirdly protective of me. They saw it as their role to help me have that experience. I can’t really explain it,” she said.

Web articles – via partners/network co-ordinators. This website and its contents are the exclusive property of ANGA Media Corporation . We appreciate your feedback and respond to every request. Please fill in the form or send us email to: [email protected]
Previous: Hunter Kills First Gray Wolf Seen In Iowa In 89 Years, Report
Next: Porsche sued over crash that killed actor (Video)