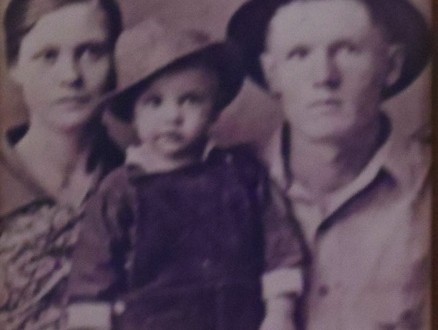 Rock ‘n roll singer and actor, Elvis Presley, began his life as a bereaved sibling. Born January 8, 1935, in East Tupelo, Mississippi, he was the child of Gladys and Vernon Presley. His twin brother, Jesse Garon Presley, was stillborn, so Elvis grew up as an only child. As an infant, he was undoubtably affected by his mother’s emotional state after having lost one child. Growing up, he was affected by his guilt at surviving when his brother did not, even blaming himself for the death. He felt lonely, as if something was missing from his life.

Apparently, this is not an isolated case–many twins feel this way. In fact, according to research, surviving siblings whose twin was stillborn are likely to be more disturbed and become depressed or exhibit behavior disorders later in life than survivor twins who actually knew their twin for a period of time before the death occurred.. Some of them feel that their parents may view them as murderers of the dead infant, by taking too much room, or too much of the available nutrition. They may feel abandoned by the dead twin, and now feel they have to compensate for the loss, which may be felt as an intolerable burden.

As an adult, Elvis spoke to his brother, as if he were praying. He visited his brother’s unmarked grave and had it moved to Graceland, where he created a private cemetary for him and his mother.

Throughout his life, Elvis questioned whether he deserved his success. His drug use may have been an attempt to escape from the emotional pain caused by the loss of his brother and the impact it had on him and his family. Elvis died in 1977.

Web articles – via partners/network co-ordinators. This website and its contents are the exclusive property of ANGA Media Corporation . We appreciate your feedback and respond to every request. Please fill in the form or send us email to: [email protected]
Previous: Should you rent or buy a home in 2014?
Next: Elvis Presley First Recording in 1953 : “My Happiness” for his mother’s birthday