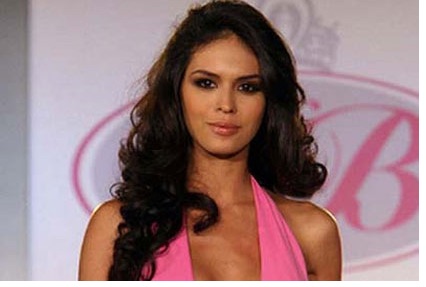 Following his daring escape from Altiplano prison on 11 July, Joaquin “El Chapo” Guzman may be on his way to, or already be with, his 25-year-old beauty queen wife Emma Coronel Aispuro.

The 60-year-old drug kingpin’s wife has become the new centre of focus after his escape and mysterious disappearance. The couple met when Coronel was just 17-years-old in 2006, according to the NY Post.

After the meeting, the young beauty contestant was named the Great Coffee and Guava Festival queen in Canelas, although some have questioned just how legitimate the award was. According to The Daily Beast, El Chapo and hundreds of his motorcycle riding gunmen arrived into Canelas on 6 June 2007 as her candidacy was announced.

It was at the lavish party that the couple announced that they planned to marry on her 18th birthday, the Post reported. Coronel was soon afterwards crowned Coffee and Guava queen.

The Daily Beast noted that the tradition of mob or cartel bosses marrying beauty queens goes back decades. Mafia Boss Sam Giancana married Miss Sinaloa 1958 Kenya Kemmermand Bastidas before she was murdered in their Sicilian oceanfront home in 1960.

Like those before them, the Mexican drug-lord and American-born beauty queen went on to marry and have two daughters. Coronel, who was born in California, traveled to Lancaster, California in 2011 and gave birth to the couple’s twins at Antelope Valley Hospital on 15 August.

According to the Los Angeles Times, US federal agents monitored Coronel as she traveled between the US and Mexico but never charged her with any crimes.

Web articles – via partners/network co-ordinators. This website and its contents are the exclusive property of ANGA Media Corporation . We appreciate your feedback and respond to every request. Please fill in the form or send us email to: [email protected]
Previous: Jennie Garth Wedding Dress: See Gorgeous Gown & Romantic Ceremony ‘Photo’
Next: Little girl with cancer gets married to her favorite hospital nurse ‘Matt Hickling’ “Video”