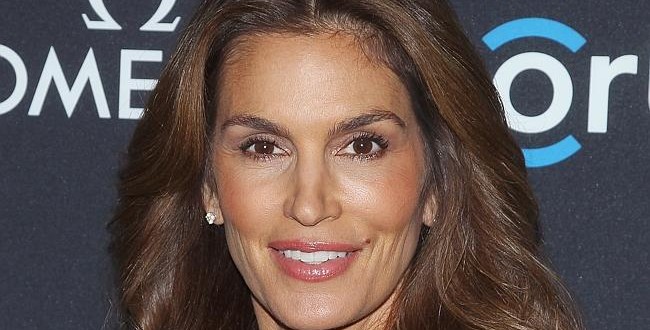 Cindy Crawford is finally admitting that the “unretouched” Marie Claire photo that went viral back in February was stolen and manipulated to make her look bad.

Cindy Crawford finally addressed the picture during an interview with Elle Canada.

The supermodel criticised White for not verifying the photo’s authenticity before tweeting it out with the suggestion that it was a photo that had not yet been Photoshopped, therefore representing the way Crawford’s body really looked.

“Why would seeing a bad picture of me make other people feel good?,” she asked. “I felt blindsided. I was very conflicted, to be honest. The story had run a year and a half before, and the picture of me in that outfit was from the bust up.

“I know my body, and I know it’s not perfect, but maybe I have a false body image; maybe I think I look better than I do. I think that most women are hard on themselves. We think we look worse than we do. So I assumed I fell into that category, even though that picture didn’t reflect what I saw when I looked in the mirror—even in the worst dressing-room lighting.”

Crawford then approached photographer John Russo, who she said was “very upset” by the photo being leaked and sent her across the actual unretouched image to prove the viral version had been manipulated “to make whatever was there worse”.

Russo released a statement after the picture went viral claiming the photograph was not an unretouched image of Crawford, telling ABC News it was a “fraudulent altered version” of his photograph.

Crawford refused to comment publicly on the image after it was released, a decision affected by the positive reaction it garnered from women across the globe.

“It was stolen and it was malicious,” said Crawford, “but there was so much positive reaction [to the image]. Sometimes, the images that women see in magazines make them feel inferior—even though the intention is never to make anyone feel less. So somehow seeing a picture of me was like seeing a chink in the armour.

“Whether it was real or not isn’t relevant, although it’s relevant to me. I don’t try to present myself as perfect. It put me in a tough spot: I couldn’t come out against it because I’m rejecting all these people who felt good about it, but I also didn’t embrace it because it wasn’t real—and even if it were real, I wouldn’t have wanted it out there. I felt really manipulated and conflicted, so I kept my mouth shut.”

White told The Independent her intention was for the image to be seen in a positive light and for it to be discussed in terms of positive body image.

“The photo was already being circulated on social media when I posted it,” she added. “As soon as I realised it had been leaked, I made sure I pointed this out on Twitter. It was never my intention to cause offence.”

Web articles – via partners/network co-ordinators. This website and its contents are the exclusive property of ANGA Media Corporation . We appreciate your feedback and respond to every request. Please fill in the form or send us email to: [email protected]
Previous: Peta Murgatroyd : ‘Dancing with the Stars’ Pro to skip season due to injury
Next: Katie Rees: “Former Miss Nevada USA” arrested again on drug charges