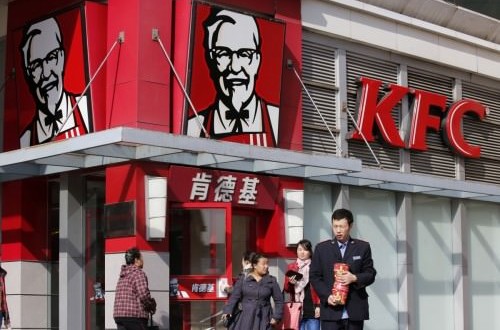 KFC‘s recovery in China is being threatened by the spread of bird flu in the region. Shanghai will halt live poultry sales for three months beginning Friday, and Hong Kong initiated a three-week ban after poultry imported from China tested positive for bird flu. KFC has 4,400 restaurants in China and the Chinese New Year, which is Jan. 31, is a strong sales period for the chain, BusinessWeek.com reports.

He added later on that the group pushed new restaurant openings to the first quarter to “benefit from peak seasonal sales during Chinese New Year.”

However in 2013, KFC’s China sales took a major hit after a supplier was discovered in December 2012 to be overusing antibiotics.

Meanwhile, due to Yum! Brands continual concern over bird flu affecting sales in China, the giant corporation is looking to aggressively expand into India with the goal of bringing the country’s total number of KFCs, Pizza Huts, and Taco Bells to 1,000 by 2015.

Web articles – via partners/network co-ordinators. This website and its contents are the exclusive property of ANGA Media Corporation . We appreciate your feedback and respond to every request. Please fill in the form or send us email to: [email protected]
Previous: North Dakota Farmer Arrested, Drone Evidence Used
Next: CBS orders Matt damon, Ben affleck comedy