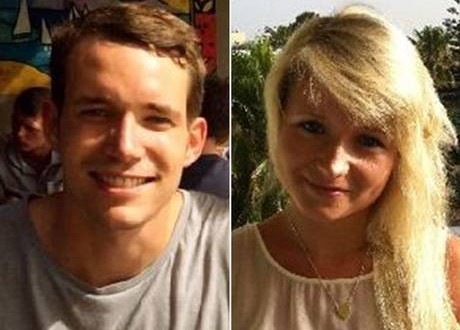 Two British tourists in their 20s have been murdered in a bloody attack on a beautiful Thai beach.

The victims were a 23-year-old woman from Great Yarmouth, Norfolk, and a 24-year-old man from Jersey, in the Channel Islands, according to the Thai authorities.

Officials were reportedly scouring the island for clues to the killings and the motive into the death of the two tourists. Investigators were also verifying footage from surveillance cameras at nearby restaurants and hotels.

Local media reports said that there was a beach party Sunday night — about 300 feet from where the bodies were found — that was attended mainly by tourists. The pair had reportedly arrived in Thailand last month. Some reports also said that the male victim was from Ireland.

According to Sky News, police have blocked ferry routes to the mainland to prevent the escape of anyone linked to the murder.

“We are aware of the death of two British nationals on 15 September on the island of Koh Tao in the Gulf of Thailand. The embassy are urgently seeking information from the local authorities and stand ready to provide consular assistance as needed,” a spokesperson for the Foreign Office said on Monday, according to The Guardian.

Web articles – via partners/network co-ordinators. This website and its contents are the exclusive property of ANGA Media Corporation . We appreciate your feedback and respond to every request. Please fill in the form or send us email to: [email protected]
Previous: Schizophrenia is eight different diseases, not one : New Study
Next: Risks of Breast Cancer Screening in Women 70-Plus, Report