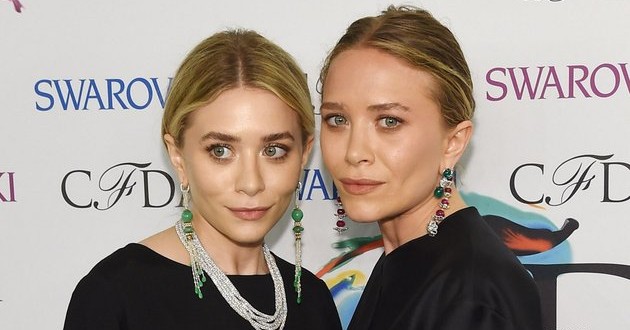 The 28-year-old fashion designer has reportedly been battling incurable Lyme disease for years, but her condition is said to have worsened recently.

Ashley is thought be in the later stages of the bacterial illness, which is usually contracted through tick bites.

‘It’s gotten worse. She was diagnosed in the very late stages so early detection measures weren’t options for her. She’s really going through it.

‘When she does come to work, she looks haggard and dishevelled. And she’s often moody.’

Popstar Avril Lavigne recently revealed that she has Lyme disease and The Real Housewives of Beverly Hills star Yolanda Foster has been fighting the illness for years.

‘I felt like I couldn’t breathe, I couldn’t talk and I couldn’t move,’ Avril said recently. ‘I thought I was dying… I had no idea a bug bite could do this. I was bedridden for five months.’

Ashley has never spoken publicly about her diagnosis.

The star has kept a low profile for the past few years and her illness is said to be the recent behind this.

The girls shot to fame as kids when they jointly played the role of Michelle Tanner in US sitcom Full House.

Ashley and Mary-Kate quit acting to move into the fashion world years ago, however their younger sister Elizabeth Olsen is now a successful film star and recently appeared in Avengers: Age of Ultron.

Web articles – via partners/network co-ordinators. This website and its contents are the exclusive property of ANGA Media Corporation . We appreciate your feedback and respond to every request. Please fill in the form or send us email to: [email protected]
Previous: Jessica Rae Newman’s death ruled a homicide : Police
Next: Rare cars found in barn ready for auction