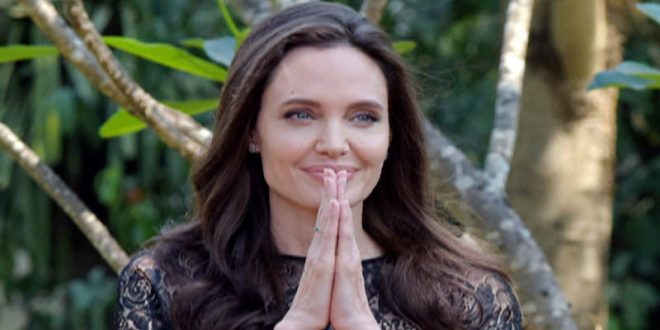 Angelina Jolie chokes back the tears as she breaks her silence on her divorce from Brad Pitt for the first time.

Jolie and Pitt announced their divorce in September of last year, and have only really made one public statement since. They issued a joint statement in January that they have agreed to keep all divorce details away from the public eye.

Nevertheless, speaking to the BBC in Cambodia while promoting her new film First They Killed My Father, Jolie was asked about the divorce in an emotional interview.

“I don’t want to say very much about that, except to say that it was a very difficult time and we are a family and we will always be a family,” Jolie says.

“We will get through this time and hopefully be a stronger family for it,” she says.

“Many, many people find themselves in this situation and my family – we’ve all been through a difficult time.”

Jolie filed for the divorce back in September, citing irreconcilable differences.

Web articles – via partners/network co-ordinators. This website and its contents are the exclusive property of ANGA Media Corporation . We appreciate your feedback and respond to every request. Please fill in the form or send us email to: [email protected]
Previous: New $240 million water tunnel to withstand quake now operational
Next: Researchers cautiously lay ground rules for rewriting human DNA “Report”