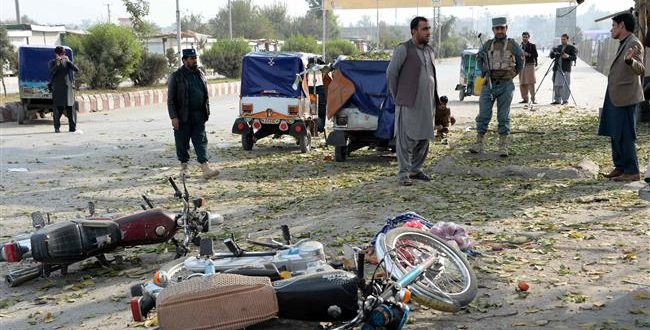 At least 12 police personnel were killed in an attack at a checkpoint in Helmand province of Afghanistan on Tuesday, an official said.

The assault reportedly took place late on Monday night in the vicinity of the 2nd police district in Lashkargah City, the provincial capital of Helmand.

Local media said a man in police uniform opened fire at officers at a checkpoint in Lashkargah. The attacker reportedly escaped the scene.

Helmand Province is a stronghold of the Taliban. Over the past month, Afghan security forces have been busy foiling Taliban attacks on some key districts of the province, including Lashkargah.

Afghanistan is gripped by insecurity more than 14 years after the United States and its allies attacked the country as part of Washington’s so-called war on terror. The offensive removed the Taliban from power, but insecurity continues across the country.

The US-led combat mission in Afghanistan ended on December 31, 2014. However, thousands of foreign forces, mainly from the US, have remained in the country in what Washington calls a support mission.

Web articles – via partners/network co-ordinators. This website and its contents are the exclusive property of ANGA Media Corporation . We appreciate your feedback and respond to every request. Please fill in the form or send us email to: [email protected]
Previous: WHO issues list of top 12 most worrying bacteria
Next: Police marksman accidentally injures two at Francois Hollande speech (Video)