Home » Science » Some sharks and rays live twice as long as we thought, finds new research 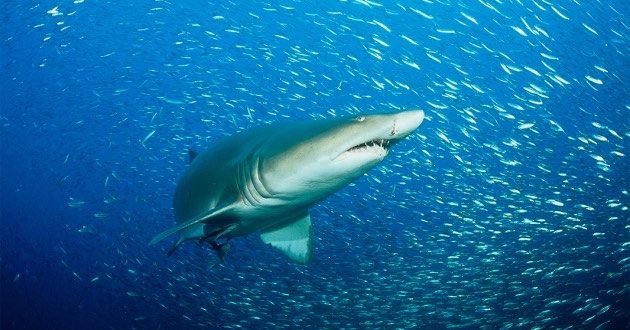 Sharks and rays live a lot longer than we thought, says new research

Some sharks and rays live twice as long as we thought, finds new research

Sharks and rays are among the most intensely studied marine wildlife. For some reason, though, we seem to have vastly underestimated their lifespan. According to an Australian researcher from James Cook University, some sharks and rays can live twice as long as previously estimated.

Scientists  looked at 53 different populations of sharks and rays that scientists had already intensely studied.

Dr Alastair Harry looked at 53 different populations of sharks and rays that scientists had already intensely studied. He said in nearly a third of populations the studies had underestimated the animals’ ages.

“Questions arose over methods of ageing sharks after it was found that grey nurse sharks can live up to 40-years-old, double the length of time first thought, and the age of New Zealand porbeagle sharks had been underestimated by an average of 22 years,” he said.

Dr Harry said scientists usually measure shark age by counting growth rings in their vertebrae. These measurements are confirmed by tagging animals and injecting them with a fluorescent marker or by measuring carbon accumulated in the animals from atmospheric testing of nuclear weapons in the 1950s.

“Age underestimation appears to happen because the growth rings cease to form or become unreliable beyond a certain size or age. Across the cases I studied age was underestimated by an average of 18 years, and up to 34 years in one instance. From the amount of evidence we now have it looks like the problem is systemic rather than just a few isolated cases,” he said.

Dr Harry said accurate age estimation was important because it was used to manage fishery stocks.

He said the underestimation of longevity in orange roughy, a deep-sea fish, led to overly optimistic estimates of stock productivity, contributing to serious, long-term ecological and socio-economic impacts.

Dr Harry said sharks and rays are less commonly targeted by commercial fishers, but are still often caught as bycatch. That means the impacts of age underestimation may well take longer to become apparent.

“It could lead to inefficient prioritisation of research, monitoring and management measures. If it’s as widespread and common as it seems from this study, the impacts could also be substantial from a wider scientific perspective, affecting the many disciplines that also use baseline life history data,” he said.

Web articles – via partners/network co-ordinators. This website and its contents are the exclusive property of ANGA Media Corporation . We appreciate your feedback and respond to every request. Please fill in the form or send us email to: [email protected]
Previous: Chief Mark Saunders to get kidney transplant gift from wife
Next: Catt Gallinger: Model’s eye tattoo could now leave her blind (Video)