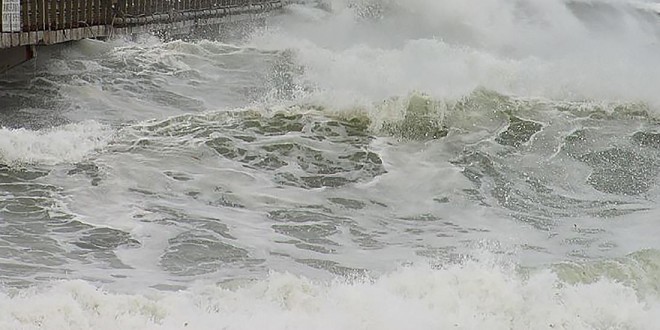 The warning was made in a paper released on Tuesday citing research led by retired NASA scientist James E. Hansen, according to The New York Times.

Co-authored by 18 other scientists, the paper apparently suggests the world’s nations were wrong in believing they could bring the crisis to a non-hazardous level with previously suggested limits to global warming.

By the end of the century, climate change could produce storms and a rise in sea level that would obliterate much of the world’s coastal cities, the scientists reportedly say.

They note about 120,000 years ago, global temperatures estimated to be only a bit higher than today melted polar ice caps and caused sea level to rise 20 to 30 feet. Extremely powerful storms are thought to have occurred during this time, although not all scientists agree.

According to the paper, humanity is poised to cause an equal or even greater rise in sea level, and it might not take several centuries like previous estimations said.

The paper’s authors base much of their claims on a prediction regarding the rising of oceans near Antarctica and Greenland, thanks to the melting of the great ice sheets.

They believe this rise could slow or even entirely prevent ocean currents from sending heat around the world and into space.

Deeper parts of the ocean would then become warm enough to rapidly melt parts of ice sheets below the ocean surface, greatly accelerating the rise in sea level and global temperatures.

Once differences between temperatures of the poles and the tropics become dramatic, devastating storms would ensue, the paper suggests.

Most scientists dismissed this prediction when it first arose over a decade ago. But, the paper may encourage scientists to revisit the scenario with the more advanced computer models we have available today.

Making this theory a lot harder to believe, however, is the fact it was incorporated in the plot of the 2004 disaster movie “The Day After Tomorrow.”

Web articles – via partners/network co-ordinators. This website and its contents are the exclusive property of ANGA Media Corporation . We appreciate your feedback and respond to every request. Please fill in the form or send us email to: [email protected]
Previous: Toyota to make automatic braking standard by 2017, Report
Next: 2017 Kia Cadenza First Look Review, 8-speed auto (Photo)