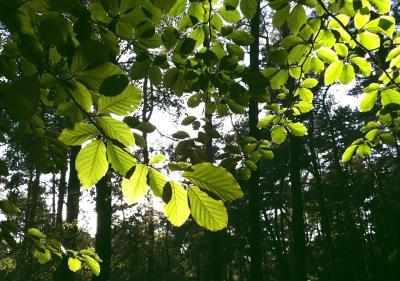 A new study has shown the first snapshots of photosynthesis in action as it splits water into protons, electrons and oxygen, the process that maintains Earth’s oxygen atmosphere.

Petra Fromme, lead author of the research said that this study is the first step towards their ultimate goal of unraveling the secrets of water splitting and obtaining molecular movies of biomolecules.

“This is the very first scene of a molecular movie showing light-driven water splitting in photosystem II, the mechanism which makes all oxygen in the atmosphere,” emphasises Fromme. The observations show with molecular resolution that photosystem II significantly changes shape during this process. “A deeper understanding of photosynthesis could for instance aid the development of better solar cells and might advance the quest for biochemistry’s holy grail, artificial photosynthesis,” says co-author and DESY scientists Prof. Henry Chapman from the Center for Free-Electron Laser Science (CFEL), a cooperation of DESY, the University of Hamburg and the German Max Planck Society.

“The water splitting process is known to be divided into four steps,” explains Chapman, who is also a professor at the University of Hamburg and a member of the Hamburg Center for Ultrafast Imaging CUI. “But no-one has actually seen these four steps.”

To observe photosystem II in action, the team grew tiny nano-crystals of the photosystem II complex of bacteria that employ photosynthesis, cyanobacteria called Thermosynechococcus elongatus. These crystals were illuminated with a visible laser to start the water splitting process, which is otherwise driven by sunlight. The researchers used double light flashes to trigger the transition from stage S1 to the stage S3, as this transition was expected to show the largest dynamics.

With the short and intense flashes of SLAC’s X-ray laser LCLS (Linac Coherent Light Source) the scientists could monitor how the molecular structure of the photosystem II complex changed during the process. The LCLS provides an exposure time of just 30 femtoseconds (quadrillionths of a second), short enough to freeze-frame the water splitting process at different stages.

“We were surprised by the large conformational changes we could witness,” said Fromme. “Actually, the changes are so large that there is an overall structure change, which even changes the dimensions of the unit cell, the smallest building block in a crystal.”

The splitting of water during photosynthesis is a catalytic process, meaning that photosystem II enables the reaction without being used up. Catalysis plays a big role in many fields of chemistry. “The technique we employed has a huge potential not only for photosynthesis, but for catalysis in general,” emphasised Fromme. “If you would be able to observe all steps of a catalytic reaction, you would be able to optimise it.”

“Our study also proves that molecular movies of biochemical processes are possible with a X-ray Free-Electron Laser,” says Chapman. To this end, a reaction is triggered many times and then monitored with precisely delayed X-ray flashes. This leads to a series of still frames that can be combined into a molecular movie. “Such a movie can reveal the ultrafast dynamics of chemical reactions,” explains Chapman. “But we still need to get to higher resolution first.”

Free-electron lasers are research light sources that use large particle accelerators. Free-flying, high-energy electrons from the accelerator are forced down a tight slalom course by strong magnets. In each bend, the particles emit light that adds up to an intense laser-like flash. The world’s most advanced X-ray free-electron laser (XFEL), the European XFEL, is currently being built by DESY together with international partners, stretching from the DESY campus in Hamburg to the neighbouring town of Schenefeld in the German state of Schleswig-Holstein.

Web articles – via partners/network co-ordinators. This website and its contents are the exclusive property of ANGA Media Corporation . We appreciate your feedback and respond to every request. Please fill in the form or send us email to: [email protected]
Previous: Katie Holmes poses topless for US Glamour, talks being a mom
Next: Supernova Helps Researchers Solve Mystery Of Cosmic Dust Formation