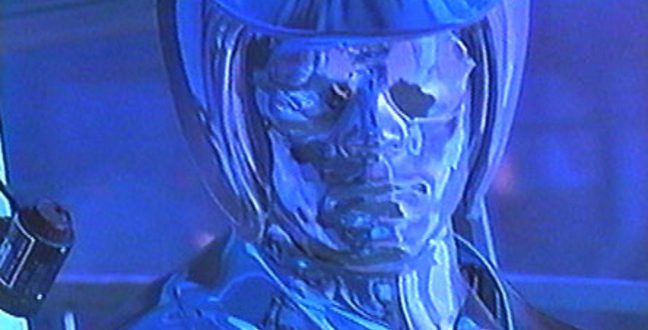 Shape-shifting electronic circuits that can self-assemble are inching closer. Engineers in Australia and Switzerland have manipulated the movements and shape of a drop of liquid metal by adjusting the acidity of its watery environment.

The team, led by Melbourne’s RMIT University’s Kourosh Kalatar-zadeh, says the work could help dynamic elastic electronic components that move autonomously to create new circuits, rather than be stuck in the one arrangement.

“Room-temperature liquid metals have shown to be remarkable platforms for makeshift mechanical components, reversible electrochemical systems, soft sensors, electrical components in microfluidic channels, three-dimensional printing, as well as stretchable and reconfigurable electronics,” the paper notes. “Controlling the motion and deformation of liquid metals is the key to the successful realization of these applications.”

This sort of control has been demonstrated through various means, but never before like this. Here, the liquid metals are driven by altering the distribution of electrical charge on their surfaces. This is done chemically.

So, by tweaking the surrounding chemistry, the Australian group was able to create “moving objects, switches, and pumps” on-demand. With a conductive metallic core and a surrounding semiconductive oxide skin, the free-flowing metal, an alloy of gallium called galinstan, meets the requirements of functional electronics quite well.

To better understand how liquid metals move, the researchers began by immersing liquid galinstan droplets in liquid water. “Putting droplets in another liquid with an ionic content can be used for breaking symmetry across them and allow them to move about freely in three dimensions, but so far we have not understood the fundamentals of how liquid metal interacts with surrounding fluid,” offers Kourosh Kalantar-zadeh, the study’s lead author, in the release.

“We adjusted the concentrations of acid, base and salt components in the water and investigated the effect,” he explains. “Simply tweaking the water’s chemistry made the liquid metal droplets move and change shape, without any need for external mechanical, electronic or optical stimulants.”

As far as liquid metals go, gallium has the advantage of being fairly non-toxic. While it’s melting point of 29.8 degrees Celsius is a bit too warm to be suitable for everyday use, when mixed with indium and tin, as in the case of its galinstan alloy, that melting point drops to 0 degrees Celsius. This isn’t so far-fetched.

That said, the T-1000 didn’t need to exist in a carefully controlled bath of electrolytes to function. It didn’t even need pants. Still, squishable electronics are now a bit closer, even if that means somewhat less ridiculous personal electronics more than it does amorphous death robots.

Web articles – via partners/network co-ordinators. This website and its contents are the exclusive property of ANGA Media Corporation . We appreciate your feedback and respond to every request. Please fill in the form or send us email to: [email protected]
Previous: Olympics 2016: Female gymnast prepares for 7th Olympics at 41
Next: Nissan reveals updated BladeGlider concept (Video)