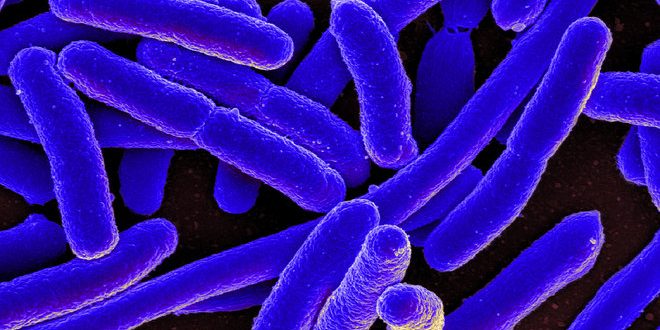 NASA’s newest astronauts are a little unusual. It’s not every day that a colony of bacteria get the chance to orbit the Earth.

“The E. coli AntiMicrobial Satellite (EcAMSat) mission will investigate space microgravity effects on the antibiotic resistance of E. coli, a bacterial pathogen responsible for urinary tract infection in humans and animals,” NASA revealed in a statement.

The EcAMSat experiment will study how e. coli found in nature — as well as mutant strains — react to an antibiotic agent. While E. coli in space might not seem like the flashiest thing to study, the outcome could be important for future astronauts aboard the ISS. Basically, scientists want to know how to better produce antibiotics for space travelers should they get sick from E. coli, and this experiment is one step toward doing that.

This is far from the first time E. coli has made its way into microgravity. Back in 2014, a similar experiment involving E. coli called BioServe was performed by astronauts on the ISS. The results were shipped back to Earth on a SpaceX Dragon spacecraft months later for analysis.

“The low gravity of space provides a unique test bed for developing new techniques, products and processes that can benefit not only astronauts, but also people on Earth,” BioServe Director Louis Stodieck said in a statement back then. “In space, for example, scientists can learn more about biochemical changes in various cells and organisms that the force of gravity on Earth may be masking.”

Understanding how to combat E. coli in space will help future passengers on various missions to Mars. Producing better antibiotics now will save us a lot of time and energy later.

Web articles – via partners/network co-ordinators. This website and its contents are the exclusive property of ANGA Media Corporation . We appreciate your feedback and respond to every request. Please fill in the form or send us email to: [email protected]
Previous: New research shows preferred spots for household insects
Next: Mary Jung: UBC developer creates diabetes diet