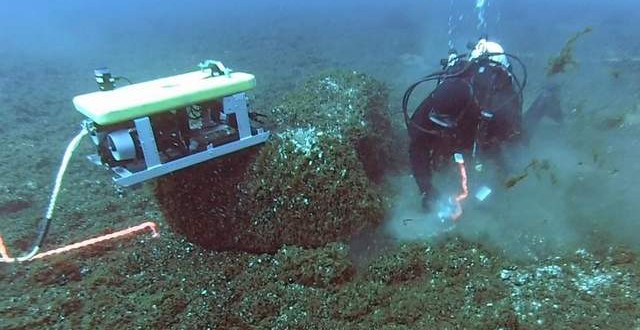 The story of people who hunted caribou in the Great Lakes region 9,000 years ago has been uncovered at the bottom of Lake Huron.

Researchers at the University of Michigan, who studied the structure, have claimed that this spot must have been helped the natives corral caribou herds migrating across to other places. This exposed land-corridor has been identified as playing a crucial role in connecting northeast Michigan to southern Ontario. Also it has been known as Alpena-Amberley Ridge.

Throwing light on the structure, co-author John O’Shea, a researcher at the Museum of Anthropological Archaeology at the University of Michigan, said: “The fact that all of the migrations tend to converge on these two locations … would have provided predictability for ancient hunters, which is why we see so many structures located in these spots.”

It is understood that once a historic place, this spot has been covered by 120 feet of water, according to scientists, who used latest technology, including underwater sonar and a remotely operated vehicle (ROV) equipped with a video camera.

Web articles – via partners/network co-ordinators. This website and its contents are the exclusive property of ANGA Media Corporation . We appreciate your feedback and respond to every request. Please fill in the form or send us email to: [email protected]
Previous: V. Stiviano ‘never wanted any harm’ to Donald Sterling
Next: Chicago City ban on indoor e-cigarette use goes into effect