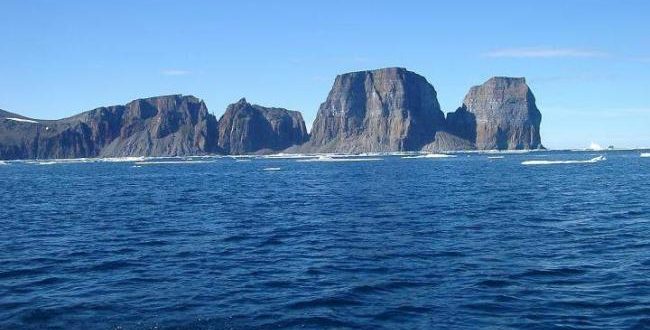 A recent study has found two “birthmarks” in Earth’s mantle consisting of silicate material that formed when our planet was less than 50 million years old.

The research paper, published May 13 in the journal Science, was authored by Tais. W. Dahl, Assistant Professor in Geobiology at the University of Copenhagen, with assistance from University of Maryland Professor of Geology, Richard Walker. Dahl found clear signatures of a distinctive material in two completely separate locations on the globe — Baffin Bay in the north Atlantic and Ontong Java Plateau in the western Pacific Ocean.

According to Walker, chair of UMD’s Department of Geology, this is the first clear indication that portions of the mantle formed during Earth’s primary accretion period still exist today. “What we’ve found are surviving parts of Earth’s primitive mantle that have been preserved for four and a half billion years, and I think that’s kind of exciting!”

Scientists believe Earth grew to its current size through the accretion of material from collisions with bodies of increasing size over several tens of millions of years early in the history of the Solar System. The last and most massive of these impacts was a collision between the proto-Earth and a planetoid approximately the size of Mars that resulted in the formation of our moon.

Scientific consensus long had held it unlikely that any vestiges of rock from the earliest-period of Earth history survived. It was thought that the physical mixing and internal heat caused by the many collisions with other solar system bodies would have homogenized material from Earth’s early mantle. However, that view began to change with findings in 2012 by Walker and colleagues that indicated some material from the primitive mantle continued to exist until at least 2.8 billion years ago.

In the current paper, the authors note that: “Four and a half billion years of geologic activity have overprinted much of the evidence for the processes involved in Earth’s formation and initial chemical differentiation,” However, they write that high-precision measurements of the ratios of different forms (or isotopes) of specific elements can “provide a view of events that occurred during the first few tens to hundreds of million years of Earth history, using short-lived radionuclides [unstable forms of chemical elements that radioactively decay] that were present when Earth formed.”

According to Walker, the team’s identification of primitive mantle material was based on detection of an overabundance of an isotope of tungsten. The radioactive element hafnium, decays into the tungsten. 182-hafnium is a form or isotope of the element that was present when time our Solar System formed, but is no longer present on Earth today. The decay of 182-hafnium into 182-tungsten is so rapid that variations in the abundance of 182-tungsten relative to other isotopes of tungsten can only be due to processes that occurred very early in the history of our Solar System.

Web articles – via partners/network co-ordinators. This website and its contents are the exclusive property of ANGA Media Corporation . We appreciate your feedback and respond to every request. Please fill in the form or send us email to: [email protected]
Previous: Cop-Shooting Fugitive Dies in Gun Battle with State Police and FBI in Illinois
Next: Thomas Manning: 64-Year-Old Is First in US to Have Penis Transplant