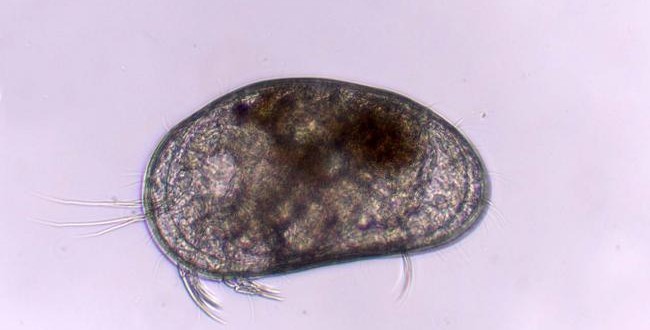 In an extraordinary find, scientists have discovered ancient giant sperm – thought to have been longer than the crustacean male’s entire body – at a world heritage fossil site in Australia.

Tightly coiled up inside the sexual organs of the fossilised freshwater crustaceans known as ostracods, these preserved giant sperm are from tiny shrimps that lived at least 17 million years ago.

Paleontologist Michael Archer, who was part of the three-man team that first dug out the fossil in 1988, explained that 99 percent of organisms with sperms bigger than their body size tuck the sperms away somewhere in their bodies.

Archer found it extraordinary that the animal was able to preserve the sperm in its soft tissue body. He said the team did not expect to find a piece of once-living soft tissue inside hard and dry rocks that they had to crush with hammers.

Renate Matske-Karasz used a European synchrotron to scan the ancient creature and found many of its internal organs to have been fossilized. This included the sperms of the seed shrimp which was coiled within the sex organs and the muscular pumps. The pumps are responsible for thrusting the sperm into the female creature.

The team of researchers also found inside the giant sperm a nuclei that once contained the creature’s DNA.

Archer said the fossilized shrimp they found was called the ostracod. The animal was unearthed from an ancient cave whose ceiling and walls were already gone.

John Neil, another research associate from La Trobe University, said the fossils were found after they have been taken out from the rock. There were 800 specimen found from a container about the size of an ice cream tub which was filled with crushed limestone. Out of the 800 specimen, 23 had some preserved soft tissue while only five had well-preserved fossils containing soft tissue.

Web articles – via partners/network co-ordinators. This website and its contents are the exclusive property of ANGA Media Corporation . We appreciate your feedback and respond to every request. Please fill in the form or send us email to: [email protected]
Previous: Atlanta shooting : Teen Busted After 5 Shot Near High School
Next: Screening for lung cancer would cost billions, Study Finds