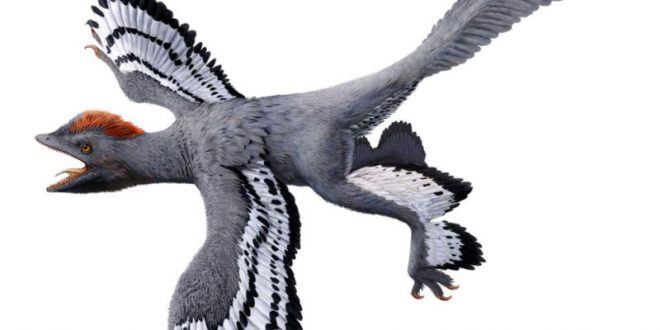 Researchers Have Created The Most Accurate Ever View Of A Dinosaur

A technique known as laser-stimulated fluorescence imaging has allowed researchers to reconstruct a Jurassic-era dinosaur with unprecedented accuracy, which may also unlock clues to the origin of flight.

At a news conference, Dr. Michael Pittman said he and his team worked on fossils of the chicken-sized, feathered, bird-like dinosaur Anchiornis that lived in China about 160 million years ago.

They found it possessed drumstick-shaped legs, arms similar to the wings of some modern gliding and soaring birds, and a long, slender tail. It boasts numerous skeletal and soft tissue characteristics found in birds.

“What it is, is it has skin in front of its elbow called the propatagium. This feature is crucial in modern birds that fly because without it they couldn’t. So we have this kind of shallow morphology, this shallow shape, which is reminiscent of modern gliding and soaring birds,” Pittman said.

However, it is unclear whether Anchiornis was airborne.

The study, published in the journal Nature Communications, produced the first highly detailed body outline of such a feathered dinosaur, a landmark in understanding avian origins.

Web articles – via partners/network co-ordinators. This website and its contents are the exclusive property of ANGA Media Corporation . We appreciate your feedback and respond to every request. Please fill in the form or send us email to: [email protected]
Previous: Canadian Bacteria Fossils Are Earth’s Oldest, Say Researchers
Next: Trump Proposes to Ignore WTO Rules That ‘Violate’ US Sovereignty, Report