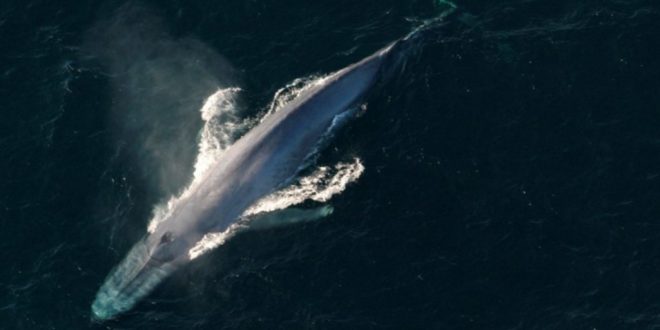 Rescuers continue search for entangled whale to free it (Video)

Rescuers continue search for entangled whale to free it (Video)

The search for a blue whale tangled in commercial crabbing gear off California’s coast stretched into a second day on Wednesday as whale watchers, leisure boaters and fishermen hoped for a glimpse of the ensnared animal and a second chance to rescue it.

Dave Anderson of Capt. Dave’s Dolphin & Whale Watching Safari said Thursday that boaters and even volunteers in airplanes have looked for the whale since it dove and disappeared near nightfall Monday after the rescue effort off Dana Point.

Anderson says he has seen other blue whales feeding on krill in the area but not the one with about 200 feet of thin line tangled either around a flipper or the mouth.

He says it would be normal for a blue whale to be feeding off California at this time of year and wouldn’t be surprised if it’s spotted again.

If you spot this or any entangled whale please call

877-767-9425 (877-SOS-WHALE) or hail the U.S. Coast Guard at VHF Channel 16. Entangled whales are unpredictable and potentially dangerous for would-be rescuers and the animal. Stay a minimum of 100 yards away. Prompt reporting of injured, entangled and ship-struck whales is the best way to help the distressed animal. If you are able to safely do so, stay near the animal until trained help arrives.

Web articles – via partners/network co-ordinators. This website and its contents are the exclusive property of ANGA Media Corporation . We appreciate your feedback and respond to every request. Please fill in the form or send us email to: [email protected]
Previous: OYS with UGA Expert: “Don’t let ticks scare you”
Next: Three BlackBerry Android Phones Coming, Argon, Neon And Mercury