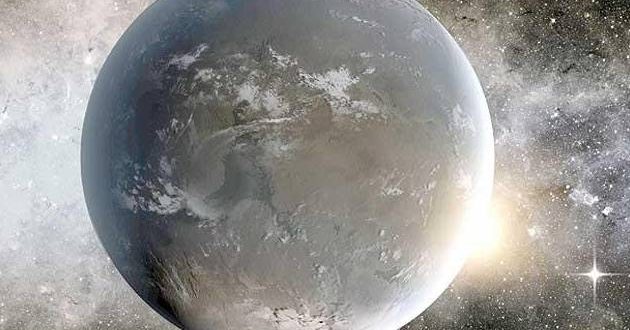 Scientists from the University of California have said that a planet located about 1,200 light-years away from Earth and has surface liquid water in all probabilities is a good prospect for a habitable world. The planet, which is situated in the direction of the constellation Lyra, has been named Kepler-62f. It is approximately 40 per cent larger in size than the Earth.

Quite excitingly, the planet may also posses liquid water that is extremely essential for life to form. The star it is orbiting is however a lot cooler and smaller than the sun.

Researchers believe that the planet may possess surface oceans that would enable life to sustain on the planet. Up to now, more than 2,300 exoplanets have been discovered outside our Solar System. However, only a handful of them are at a favourable distance from their sun to become habitable.

“We found there are multiple atmospheric compositions that allow it to be warm enough to have surface liquid water. This makes it a strong candidate for a habitable planet,” said lead scientist Dr. Aomawa Shields.

The new study also suggests that Kepler 62f would need a thick carbon dioxide-rich atmosphere to stop its water from freezing because of its distance from its star. However, its orbit suggests that the temperature on the planet rises above freezing temperatures during certain times of the year even if the carbon-dioxide levels are low compared to that of Earth. This may result in melting of the ice sheets to form liquid water.

Shields pointed out that in order to be continuously habitable, the exoplanet would require 2,500 times more carbon dioxide in its atmosphere. The planet should have an atmosphere three to five times thicker than Earth’s and it should be composed entirely of carbon dioxide.

This won’t be a problem for the planet as high concentration of carbon dioxide will be possible given its distance from its star. The gas can build up inside the planet’s atmosphere when temperatures grow colder and it will keep the planet warm.

Web articles – via partners/network co-ordinators. This website and its contents are the exclusive property of ANGA Media Corporation . We appreciate your feedback and respond to every request. Please fill in the form or send us email to: [email protected]
Previous: Stephen Dwyer: ‘AZ Student’ With Leukemia Not Allowed to Graduate
Next: First case of bacteria in patient that’s resistant to all known antibiotics reported in ‘Pennsylvania’