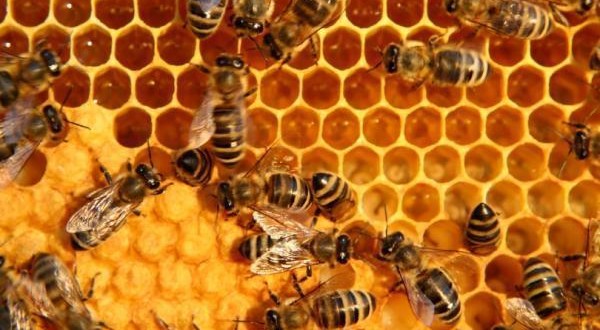 A COMMONLY used insecticide is responsible for destroying honey bee colonies in the wintertime, a study shows.

Researchers say they have found a link between hive health and dietary exposure to clothianidin, one of the developed world’s most popular pesticides.

Colony collapse disorder (CCD) is a disease affecting bees which results in them abandoning their hives and eventually dying.

The phenomenon has been on the increase since 2006, leading to a huge loss of bees across Europe and North America.

The Harvard study was published in the journal Bulletin of Insectology.

“We demonstrated that neonicotinoids are highly likely to be responsible for triggering ‘colony collapse disorder’ (CCD) in honeybee hives that were healthy prior to the arrival of winter,” Chensheng Lu, an expert on environmental exposure biology at Harvard School of Public Health and who led the work, told The Guardian.

The worldwide loss of honeybees over the last decade has caused widespread concern as nearly three-quarters of the world’s food crops requires pollination from the bees.

The decline has previously been linked to loss of habitat, disease and the use of pesticides.

In December 2013, the European Union banned the use of three neonicotinoids for two years.

In the study, scientists examined the health of 18 bee colonies in three central Massachusetts colonies from October 2012 till April 2013.
Six colonies were present at each location; two colonies were treated with realistic doses of imidacloprid, two with clothianidin, and two were untreated control hives.

“Bees from six of the 12 neonicotinoid-treated colonies had abandoned their hives and were eventually dead with symptoms resembling CCD,” the team wrote.

“However, we observed a complete opposite phenomenon in the control colonies. Only one control colony was lost, the result of infection by the parasitic fungus Nosema and in this case the dead bees remained in the hive.”

Past research had suggested that neonicotinoids could lead to CCD by damaging the immune systems of bees, making them more vulnerable to parasites and disease, writes The Guardian.

However, the new research destabilizes this theory – finding all colonies had near-identical levels of pathogen infestation.

“It is striking and perplexing to observe the empty neonicotinoid-treated colonies because honey bees normally do not abandon their hives during the winter,” the scientists wrote.

“This observation may suggest the impairment of honey bee neurological functions, specifically memory, cognition, or behaviour, as the results from the chronic sub-lethal neonicotinoid exposure.”

Previous studies have shown the bees can lose their renowned ability to navigate back to the hive after neonicotinoid exposure.

The new research follows similar previous work by the same group.
A comparison of the two studies showed that cold winter temperatures appear to exacerbate the effects of neonicotinoids on the bees.

“Comprehensive research into the role pesticides play in bee decline is urgently required – including how they may compound other pressures, such as a lack of food and loss of habitat.”

According to The Guardian, Lu agreed with the findings.

“Future research could help elucidate the biological mechanism that is responsible for linking sub-lethal neonicotinoid exposures to CCD. Hopefully we can reverse the continuing trend of honeybee loss.”

Web articles – via partners/network co-ordinators. This website and its contents are the exclusive property of ANGA Media Corporation . We appreciate your feedback and respond to every request. Please fill in the form or send us email to: [email protected]
Previous: US : FDA says daily aspirin isn’t for everyone
Next: Rare megamouth shark caught off Japan coast (Photo – Video)