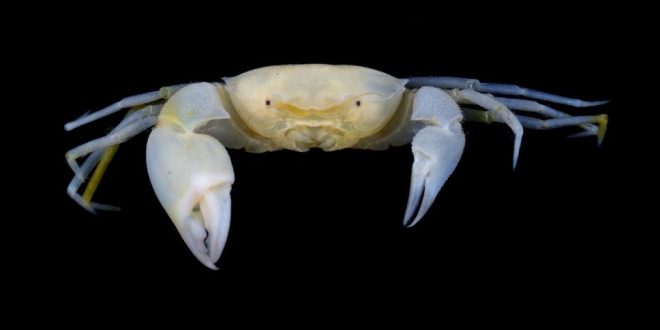 A new crab species has been named after two “Harry Potter” characters, and its discovery is an interesting tale in the search for fantastic beasts.

The new species of crab, dubbed Harryplax Severus, can be found when you apparate to the dead coral fragments along the coast of Guam, a US territory located in the western Pacific Ocean.

So why didn’t the Potter-obsessed scientist Dr. Jose Christopher E. Mendoza name this blonde crab after Draco? Well, the specimen’s pale skin combined with its beady-eyes and tendency to live in the dark sounds just like the dungeon-dwelling potions master of Hogwarts. And combine Snape’s first name with the magical series’ main character’s (coincidentally the name of the man who discovered it) and you’ve got the perfect title for a crab.

Don’t be looking too pleased though, Snapey. At just one centimetre wide by a centimetre long, this magical crustacean is smaller than a Plimpy.

Web articles – via partners/network co-ordinators. This website and its contents are the exclusive property of ANGA Media Corporation . We appreciate your feedback and respond to every request. Please fill in the form or send us email to: [email protected]
Previous: China unveils shortlist of names and logos for 2020 Mars mission
Next: Doctors Remove Little Girl’s Large Facial Tumor (Video)