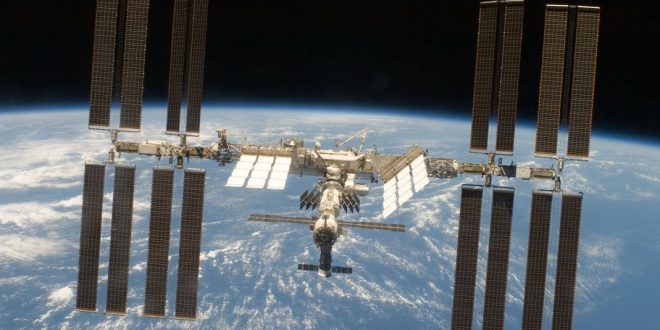 Prepare to see space like never before: NASA, with the help of Amazon Web Services, will host the first live 4K Ultra HD video stream from outer space, the space agency announced Tuesday.

During the event, scheduled for April 26 at 1:30 p.m. Eastern time, NASA’s Expedition 51 Commander Peggy Whitson will speak from the International Space Station with Sam Blackman, the CEO of Elemental, a video encoding company and Amazon subsidiary that helps power the AWS cloud platform.

A customized Elemental 4K-capable video encoder is now installed aboard the ISS, having arrived in December on a Japanese cargo spacecraft along with a RED cinema camera for broadcasting.

Additional participants in the conversation will include virtual reality experts, Hollywood execs, and an IBM Watson engineer. The panel is designed to “explore how advanced imaging and cloud technologies are taking scientific research and filmmaking to the next level,” according to a NASA press release.

Delivering high-quality video streams via the internet has become one of the tech industry’s greatest challenges and opportunities, with Amazon and competitors like Netflix pouring massive amounts of money not only into their software and hardware backend, but also into their own content creation divisions that now rival major movie and TV studios.

While Amazon’s AWS platform is one of the leaders of the cloud computing industry, Netflix is currently the king of delivering TV shows and movies over the internet, with its traffic accounting for 35 percent of North American internet use during primetime hours. So Amazon is looking to expand its own video platform any way it can, even if it means looking to outer space.

The entire event will be available to the public for multiscreen viewing in live 4K and down-converted high definition (HD) video at https://live.awsevents.com/nasa4k. A video-on-demand (VOD) asset will be available after the event in lower resolutions on the NASA TV Channel and in both HD and 4K.

Web articles – via partners/network co-ordinators. This website and its contents are the exclusive property of ANGA Media Corporation . We appreciate your feedback and respond to every request. Please fill in the form or send us email to: [email protected]
Previous: ‘Super’ bedbugs are becoming resistant to treatment, says new research
Next: Migraines linked to being underweight and obesity, Says New Study