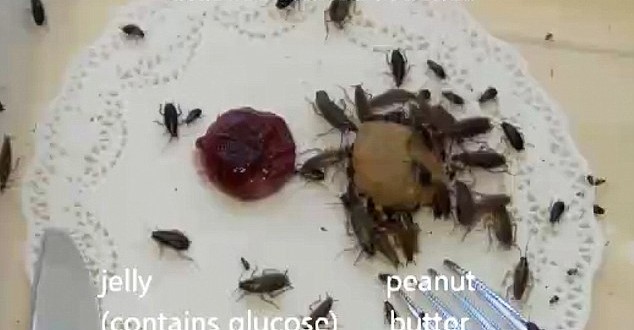 Like the mice of New York, cockroaches are being shaped by urban environments. Scientists have found that a particular strain has evolved in such a way that it can outsmart human traps.

In the first part of the experiment, the researchers offered the hungry cockroaches a choice of two foods – peanut butter or glucose-rich jam [known as jelly is the US].

“The jelly contains lots of glucose and the peanut butter has a much smaller amount,” explained Dr Schal.

“You can see the mutant cockroaches taste the jelly and jump back – they’re repulsed and they swarm over the peanut butter.”

The scientists found that this happened because the special mutant cockroaches perceived the sweet taste of glucose as bitter. In a natural environment, this would make them less likely to survive and reproduce, weeding them out of the gene pool. But in an environment where there are many traps set by humans, this aversion to glucose can actually help them survive and reproduce more than their sweet-toothed cousins.

Web articles – via partners/network co-ordinators. This website and its contents are the exclusive property of ANGA Media Corporation . We appreciate your feedback and respond to every request. Please fill in the form or send us email to: [email protected]
Previous: llama in Tallahassee caught using lasso and taser
Next: Liu Lingchao says portable home makes him feel free