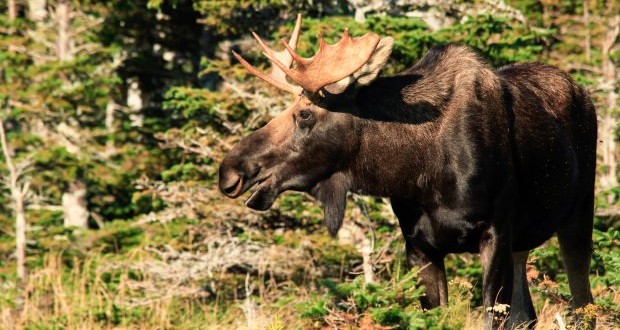 Conservationists in Manitoba have issued a call to stop Manitoba’s declining moose population.

Jack Dubois is with the Manitoba chapter of the Society, as well as a retired director of the wildlife branch of Manitoba Conservation. He says the province is doing some good things, but could be doing more:

“They did put some new resources into moose, they hired some new biologists, some new enforcement people, but that was basically concentrating on just a couple areas of the province, and this serious moose decline is occurring over most of the province.”

Dubois suggests the province should:

– Do more research into disease and its impact

– Have more consultations with First Nations

The society says moose have declined rapidly in the last 12 years. It says the population went from a historical high of 45,000 to less than 20,000.

Dubois says he thinks the main cause of the decline is increased access:

“Wherever there are roads in the province, it allows access for human predators, four-legged predators and wildlife diseases to get easier access to the moose.”

Last month the group sent a letter to the province urging them to develop an expanded strategy.

Web articles – via partners/network co-ordinators. This website and its contents are the exclusive property of ANGA Media Corporation . We appreciate your feedback and respond to every request. Please fill in the form or send us email to: [email protected]
Previous: Charlie Sheen’s ex on nightmares: Brett Rossi sues actor over HIV exposure
Next: Coco Austin Flaunts Super Skinny Body Only Four Days After Giving Birth To Baby Chanel “Photo”