Home » Science » Indices of health under our feet (Study) 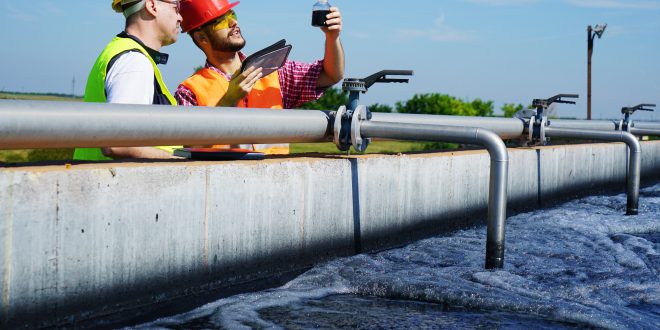 Indices of health under our feet (Study)

A treasure trove of information relevant to human and environmental health is hiding in an unexpected place. Samples of wastewater from homes, institutions, towns and cities around the world can now be probed for valuable data concerning community well-being, antibiotic use and resistance, recreational substance consumption and abuse, biomarkers of disease as well as environmental hazards and degradation.

This rapidly emerging health surveillance technique, termed wastewater-based epidemiology (WBE), is an economical and powerful tool. It can teach us much about large populations contributing into a centralized sewerage system during the course of a full 24-hour cycle.

In a pair of new studies, Rolf Halden, director of the ASU Biodesign Center for Environmental Health Engineering and author for the 2020 Book Environment, describes the process and highlights important new findings extracted from the municipal wastewater most of us contribute to on a daily basis. Halden is also a professor at ASU’s School of Sustainable Engineering and the Built Environment.

“After being around for more than 15 years, wastewater-based epidemiology is finally getting the attention it deserves, thanks in no small part to the challenges brought about by the COVID-19 pandemic,” says Halden, a pioneer and champion of WBE whose team has built the largest single monitoring network and sample archive in the U.S. and around the world.

Advances in WBE technologies and applications are progressing rapidly. The method offers a low-cost strategy for obtaining health and environmental data on a local, regional, national and even continental scale. It can provide valuable information with acute spatial and temporal resolution. Because the method aggregates community-wide data, it is non-invasive and ensures the privacy of the population under study.

In addition to its ability to measure ingestion rates of drugs including cocaine and opioids, WBE has been proposed as a means of identifying exposure to agents including pesticides, personal care products, infectious pathogens, persistent organic pollutants, as well as for tracking community-wide incidence of illnesses including diabetes, allergies, stress-induced disorders and cancer.

In the first of two current studies, with Biodesign Institute research scientist Erin Driver as lead author, wastewater samples from a large university in the American Southwest were analyzed for the presence of caffeine, tobacco and alcohol. This study monitored the presence of these substances during the 2017-18 academic year. It is the first U.S. study to focus on these common psychotropic compounds, aimed at comparing data output from WBE to that of conventional methods, namely the use of questionnaires.

Alcohol, nicotine and caffeine use are significant public health concerns, claiming some 550,000 lives annually. Data suggest college-aged students are particularly vulnerable to overconsumption of these substances, often resulting in behaviors that last their lifetimes, which create poorer health outcomes. This work shows the utility of monitoring this particular subset of a population and illustrates the prospective benefit of long-term monitoring networks on college campuses to improve student health and promote future success.

WBE represents an attractive alternative to community-wide monitoring through self-reported surveys, which may introduce sampling and reporting biases and are often comparatively costly to administer; how much more expensive, was one of the questions investigated in the study.

In addition to measurements of the quantities of stimulants consumed, the study revealed strong positive correlations for the consumption of alcohol and nicotine as well as between nicotine and caffeine, but not between alcohol and caffeine.

Temporal information was also tracked, indicating that caffeine consumption was highest during the week, while nicotine and alcohol consumption peaked on the weekends, as anticipated. The study demonstrated the practicality and reliability of campus-wide longitudinal tracking of some 60,000 students directly and inexpensively.

In addition to monitoring health indices related to behavior, WBE could ultimately provide a low-cost means of carrying out infectious disease surveillance across populations, providing an early-warning system to alert researchers to disease outbreaks in near real time, within as little as 24 hours.

Halden hopes to leverage the power of WBE technology, ultimately combining a broad range of human health indicators present in wastewater into a comprehensive system he calls the Human Health Observatory (HHO). Currently, ASU’s HHO gathers data from over 350 cities representing around 32 million people or roughly 10% of the U.S. population and a quarter billion people globally.

Strategies for extracting information on particular target substances vary, often using sophisticated methods such as liquid chromatography tandem mass spectroscopy, which can fingerprint chemical traces based on their differing molecular weights and characteristic ionization and fragmentation behavior. But the basic process used for WBE is simple.

Samples of raw wastewater—sewage entering a water reclamation facility, are typically collected over a 24-hour period and then shipped to the laboratory to determine the average concentration of chemicals or their biological metabolites. The concentration value is then multiplied with the flow volume of sewage during the sampling period, to provide a more meaningful unit of a quantity of a substance per 1,000 people per day. Combining this information with estimates of average excretion rates of target metabolites permits researchers to determine the quantity of consumption of a given substance, be it cups of coffee, number of alcoholic beverages or cigarettes smoked.

The final data in the university study showed levels of alcohol consumption to be consistent with quantities observed in self-reported surveys. But whereas both study methods were shown to yield similar findings, Driver summed up the big news as follows: “In this study, use of WBE was over 200-times cheaper than conventional methods, yielding data at more frequent intervals throughout the academic year. Costs were reduced from an estimated $127 to only $0.58 per person when using wastewater analytics.”

The researchers are now measuring how the COVID-19 epidemic and the associated stay-at-home orders are impacting substance use in the university’s home city.

In the other new study, lead authors Professors Olga Hart and Rolf Halden of the Biodesign Center for Environmental Health Engineering report on a modeling study that considered all 13,940 major sewage treatment plants in the U.S. and demographic information collected by the U.S. Census during the 2017 American Community Survey.

The aim of the study was to investigate and understand potential biases in WBE studies by examining variations in data collected due to temperature, seasonal variations and rates of biomarker decay. To do this, the researchers assumed stable consumption in the population over one calendar year and computed how the community contributing to the chemical signal detectable at a given wastewater treatment plant would change as a function of the changes induced by seasonally variable temperatures and biomarker decay rates.

The study also found intriguing correlations between seasonal temperatures and the size and distance a population can be observed by wastewater analytics. In general, during the colder months of the year the “visibility down the pipe” is better, leading to a larger population captured that resides farther away from the plant, and a more even representation of all people served by the treatment plant.

In contrast, in-sewer degradation during the summer months reduced the observable population and the detectable chemistry was composed primarily of communities closer to the treatment. This finding gained great significance when census data showed considerable differences in demographic indicators exist as a function of the distance of residence from a plant. Compared to the cold winter season, observations in the summer were more likely to capture households with lower income, less educational attainment, more prevalent military service, higher unemployment, and greater lack of health insurance. Hart summed up the findings:

“If not taken into account, this uneven distribution of populations within urban environments could lead to skewed data from wastewater sampling, or to attributing to seasonal change, patterns that are actually of demographic origin. Just like in traditional human subject studies, whether we are trying to better understand the health status of communities by passive monitoring or testing the impact of proactive interventions, it’s critical to understand if our study population significantly changes from observation to observation.”

Halden agreed and added: “This study challenges WBE researchers to reassess their data in the context of temperature changes. Regardless of whether we are monitoring chemicals or biological agents in wastewater, our research community will have to pay more attention to ambient air temperatures in order to get the most robust information from wastewater analysis.”