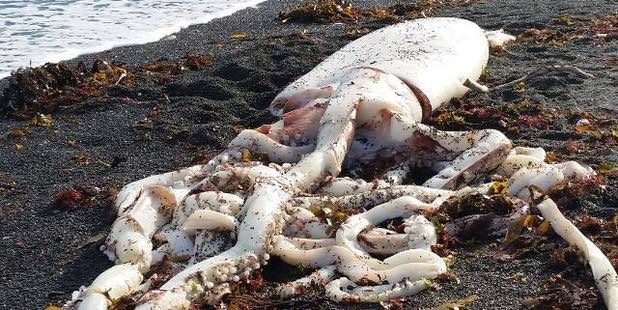 Giant squid washes up on beach in New Zealand (Video)

A Giant squid has been found washed up on a beach in New Zealand, measuring in at more than two metres long.

The town’s marine centre and aquarium posted pictures of the giant squid on its Facebook page, as well as details of its size. 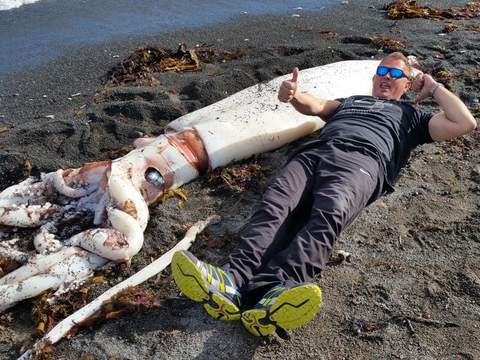 Giant squid washes up on beach in New Zealand

The colossal cephalopod’s body is more than two metres long, and its longest tentacle is just over 5 metres long.

The giant squid was discovered in the South Bay area of Kaikoura, a town on the South Island with a rich array of marine life.

“A GIANT SQUID WASHED UP ON THE BEACH AT SOUTH BAY TODAY!” one post read. 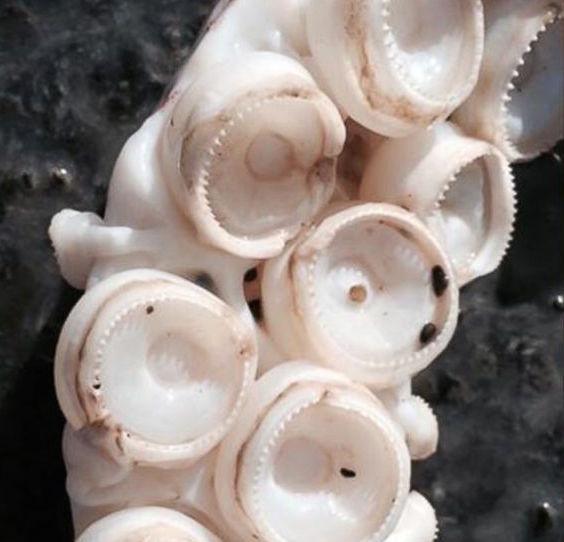 Giant squid washes up on beach in New Zealand

“Before the birds got to it – we got help to move it to the aquarium where it is safe inside a freezer with glass windows so you can see it – on display until we can do more with it.

“The mantle itself is over 2m long with a 19cm eye diameter!

“The longest tentacle is just over 5m! What a beast!”

Bruce Bennet told local paper the Marlborough Express he was surprised to stumble upon the giant creature as he walked his dog along the shore at 8.30am.

Bennett told the paper that he assumed it had washed up on Tuesday night (12 May) as it wasn’t there the previous day.

According to marine biologist and aquarium owner Megan Lewis, the giant squid was identified as a mature female but its age was unknown.

“They tend to grow very fast and live not very long,” she told the Marlborough Express.

“The majority of its weight is in the head, which is in pristine condition,” she added. “There’s no indication of how it died – the stomach was full so it wasn’t hungry.”

Web articles – via partners/network co-ordinators. This website and its contents are the exclusive property of ANGA Media Corporation . We appreciate your feedback and respond to every request. Please fill in the form or send us email to: [email protected]
Previous: Riosucio, Colombia Gold Mine collapse
Next: Calgary man charged after yelling obscenity at reporter : Police