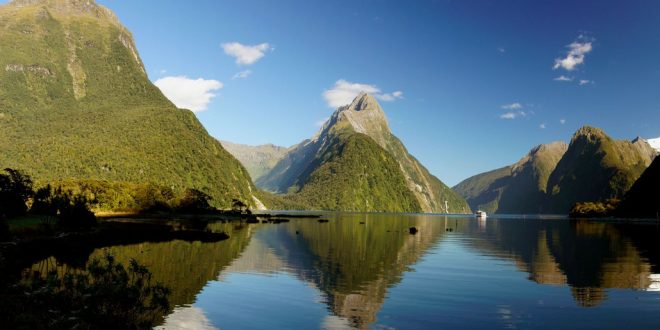 Geologists discover 'Zealandia' - a hidden continent off the coast of Australia

Geologists discover ‘Zealandia’ – a hidden continent off the coast of Australia

Earth has a concealed continent called ‘Zealandia’ hidden in the Pacific Ocean and attached to New Zealand, according to newly published research.

Satellite maps indicate the “continent” covers an area of nearly two million square miles – about two-thirds the size of Australia, says the BBC.

Scientists first detected signs of a mystery land mass in the 1990s and gave it the name Zealandia, as it lies in the area around New Zealand and includes the country’s two main islands. The other 94 per cent lies deep beneath the waves.

Now, in a paper published in Geological Society of America, a team of Australian, New Zealand and French geologists claim New Zealand is geologically distinct from Australia and is actually part of Zealandia.

Co-author Nick Mortimer told The Guardian that while this represented “nothing new” to geologists in his native New Zealand, he hoped the first serious, peer-reviewed attempt to define and describe Zealandia might win the continent more international recognition.

“If Zealandia makes its way into popular culture and on to maps, that’s all the validation we’ll seek,” he said.

However, the scientific community at large might need convincing that calling for an uninhabitable land mass deep beneath the Pacific Ocean to be named the Earth’s eighth continent is a worthwhile academic endeavour.

“Claiming that Zealandia is a continent is a bit like stamp collecting,” geologist Peter Cawood, from Melbourne’s Monash University told Nature magazine. “So what?”

Web articles – via partners/network co-ordinators. This website and its contents are the exclusive property of ANGA Media Corporation . We appreciate your feedback and respond to every request. Please fill in the form or send us email to: [email protected]
Previous: Enceladus: Cassini Cracks the Case of the Icy Moon (Watch)
Next: Canadian market extends record high, Report