Home » Science » Bees can be left or right-handed like humans, says new research 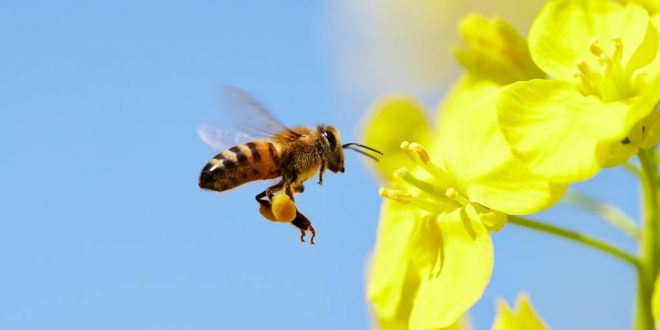 Bees can be left or right-handed like humans, says new study

Bees can be left or right-handed like humans, says new research

Scientists at The University of Queensland’s Queensland Brain Institute have discovered that bees can have a preference for left or right – influencing their decisions while they navigate obstacles in flight.

“Unlike humans, who are mostly right-handed, some bees display a strong left bias, others a strong right bias, and yet others a weak or zero bias,” Professor Srinivasan said.

The researchers studied the flying decisions made by foraging honeybees when they encountered a barrier that could be traversed by flying through one of two apertures.

Bees were able to discriminate the widths of oncoming gaps and choose the passage that was presumably safer and quicker to fly through.

“When the apertures were equally wide, both apertures were chosen with equal frequency and about 55 per cent of the bees displayed no side bias in their choices,” Professor Srinivasan said.

When the gaps were of different width, the bees preferred the wider opening, and that preference increased sharply in line with the difference in aperture width.

The researchers confirmed the existence of individual biases by measuring the flight times of biased bees, noting a bee took longer to make a decision if its intrinsic bias was toward the side with the narrower opening.

“We believe these individual biases help to improve the flight efficiency of a swarm of bees through densely cluttered environments,” Professor Srinivasan said.

“This finding could potentially be used as strategy for steering a fleet of drone aircraft,” he said.

Web articles – via partners/network co-ordinators. This website and its contents are the exclusive property of ANGA Media Corporation . We appreciate your feedback and respond to every request. Please fill in the form or send us email to: [email protected]
Previous: Scientists discover belt of dust surrounding nearest star
Next: Heart Stents Fail to Ease Chest Pain, says new study