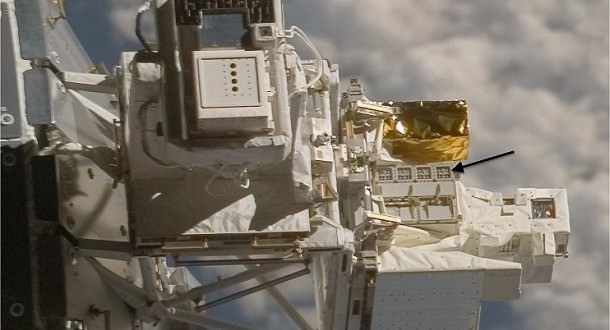 Bacteria from Earth can colonise Mars

In the race to colonize Mars, microbes may end up the big winners.

So says new research from the International Space Station and which was included in the conclusions of three recent papers that appeared in the journal Astrobiology: “Survival of Rock-Colonizing Organisms After 1.5 Years in Outer Space,” “Resistance of Bacterial Endospores to Outer Space for Planetary Protection Purposes” and “Survival of Bacillus Pumilus Spores for a Prolonged Period of Time in Real Space Conditions.”

“If you are able to reduce the numbers to acceptable levels, a proxy for cleanliness, the assumption is that the life forms will not survive under harsh space conditions,” Kasthuri J. Venkateswaran, a researcher with the Biotechnology and Planetary Protection Group at NASA’s Jet Propulsion Laboratory, said in the news release.

New research have suggested these assumptions are false, and some bacteria is heartier than they were previously given credit for.

Spore-forming bacteria are particularly strong because spores have been known to survive a number of sterilization procedures. Bacillus pumilus SAFR-032 bacteria have been known to survive UV-light sterilization performed on spaceships. The technique usually kills spores in 30 seconds, but in spored formed by this bacteria lasted 30 minutes. The spores were also exposed to the European Technology Exposure Facility for 18 months.

“After testing exposure to the simulated Mars environment, we wanted to see what would happen in real space, and EuTEF gave us the chance,” says Venkateswaran. “To our surprise, some of the spores survived for 18 months.” These surviving spores had higher concentrations of proteins associated with UV radiation resistance and, in fact, showed elevated UV resistance when revived and re-exposed on Earth.

In another test, Bacillus subtilis 168 spore-forming bacteria were dried on spacecraft-quality aluminum for 1 and a half years and were exposed to “the vacuum of space, cosmic and extraterrestrial solar radiation and temperature fluctuations on EuTEF,” the news release reported.

The study can be used to help prevent contamination of celestial bodies in the future.

“The findings also will help prevent scientists from incorrectly identifying an organism that hitchhiked on the exploring spacecraft as a native of the planet, when in fact it’s an invader. That’s a good thing, because no one wants to be responsible for an alien invasion of Mars,” the news release reported.

Web articles – via partners/network co-ordinators. This website and its contents are the exclusive property of ANGA Media Corporation . We appreciate your feedback and respond to every request. Please fill in the form or send us email to: [email protected]
Previous: Diners Find Expensive Food Tastier, Study Says
Next: Many parents not following safe infant sleep practices, Study