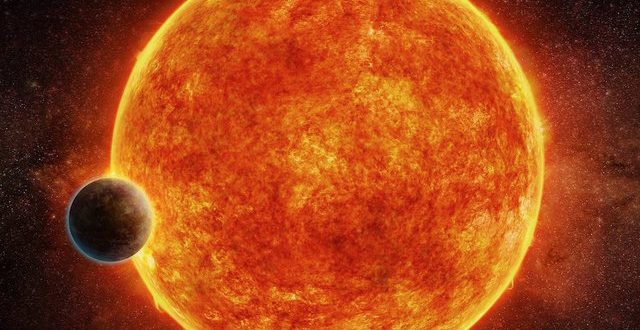 A joint group of astronomers from the European Southern Observatory announced on Wednesday that the group has found a planet 40 light years away from Earth that could potentially support life.

The planet, which has been dubbed LHS 1140b, is roughly 40 percent larger than Earth, and is in its star’s habitable zone. The habitable zone is an area around a star where temperatures are at a level that could allow for liquid water.

The first hint of the planet’s existence was gathered by Harvard’s dedicated red dwarf survey, MEarth. Further observations were then made by the European Southern Observatory’s High Accuracy Radial velocity Planet Searcher (HARPS), from which, among other things, astronomers were able to calculate LHS 1140b’s size, density and orbital period, as well as take an informed stab at its age.

LHS 1140b is 1.4 times the size of Earth, with a diameter of approximately 18,000 kilometres. Its mass, however, is almost seven times that of our own planet, leading to the assumption that it likely comprises rock encasing a solid iron core.

Its density is one of the main reasons for considering the planet a possible location for extraterrestrial life. Dittman’s team estimates its age at around five billion years, which means it long ago survived a major drawback associated with its host sun – and, thanks to its hefty mass, may have done so rather well.

Many astronomers consider planets orbiting red dwarf stars to be excellent candidates for extraterrestrial life – more so than planets orbiting stars similar to the Sun – in part because red dwarfs are by far the most numerous type around.

In the Milky Way, for instance, 50 of the 60 stars closest to our own solar system are red dwarfs. Some estimates suggest they account for three-quarters of the stars in the galaxy.

Because red dwarfs are dimmer and cooler than Sun-type stars, however, their planetary habitable zone is much closer in. In their early lives, their energy outputs vary wildly, with modelling indicating massive solar storms capable of generating runaway greenhouse effects on nearby planets, burning off atmospheres and boiling away any liquid water.

LHS 1140b’s dense metal core, however, might mean that it was covered by an ocean of magma during its host star’s crazy youthful period. After the star settled into a stable middle age, the magma would have continued to generate vast amounts of steam, potentially creating a stable atmosphere and, through precipitation, bodies of liquid water.

“This is the most exciting exoplanet I’ve seen in the past decade,” says Dittmann. “We could hardly hope for a better target to perform one of the biggest quests in science – searching for evidence of life beyond Earth.”

Web articles – via partners/network co-ordinators. This website and its contents are the exclusive property of ANGA Media Corporation . We appreciate your feedback and respond to every request. Please fill in the form or send us email to: [email protected]
Previous: Actress Julia Roberts named People’s ‘World’s Most Beautiful Woman’
Next: Researchers Can Predict Your “Eureka” Moment Before You Have It