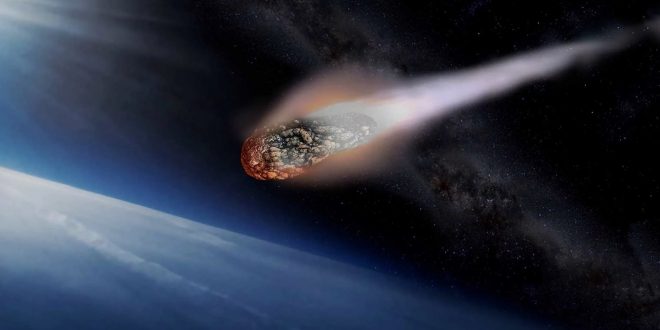 Attention sky watchers: Make sure to take a few moments to peer through your trusty telescopes on Wednesday, Oct. 11, as an enormous asteroid will zip by Earth at a breakneck speed.

Astronomers around the world have been tracking the asteroid known as “2012 TC4” since July. Then, scientists believed the space rock, which is estimated to be somewhere between 30 and 100 feet long, could come as close as 4,200 miles to Earth. However, scientists have since updated their estimates and now believe the asteroid will make its closest pass to Earth at exactly 10:42 p.m. PST at a distance of 27,211 miles — which is still pretty darn close. As Mic explained, 27,000 miles is really only about one-eighth of the distance between the Earth and the moon.

And while the asteroid will certainly be close enough and large enough to see, it will be moving too quickly to view without having both pinpoint precision and the right equipment.

“Observing this asteroid will be challenging because you will need to know where to point the telescope at any given time,” Paul Chodas, manager of the Center for Near-Earth Object Studies at NASA’s Jet Propulsion Laboratory, said in a statement shared with Mic.“The asteroid will be moving quite quickly — for an asteroid, that is.”

Chodas further noted that the asteroid will not be bright enough to see with the naked eye, so if you want to view it make sure to break out and dust off your eight-inch telescope now.

Beyond this asteroid, NASA reported that Earth will likely be safe from any asteroid impacts until at least 2050. Thankfully, scientists will be using the close fly-by of 2012 TC4 to study and collect data on asteroid paths, which could one day provide humans with enough warning to seek shelter should one actually collide with our planet.

Web articles – via partners/network co-ordinators. This website and its contents are the exclusive property of ANGA Media Corporation . We appreciate your feedback and respond to every request. Please fill in the form or send us email to: [email protected]
Previous: Round-faced comic Ralphie May dies aged 45 after heart attack
Next: Women can be as risk-taking as men, finds new research