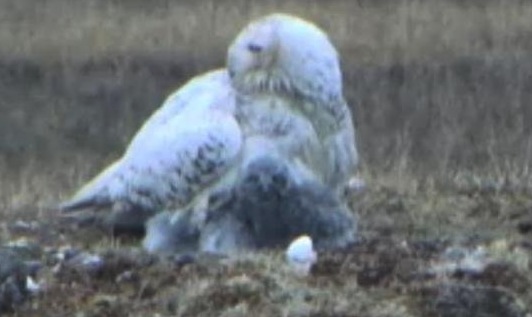 A high-definition camera is allowing bird watchers and scientists an unfettered online view into the nesting den of an Arctic Snowy Owl.

As many as six chicks are beginning to emerge from the burrow near Barrow, Ala.

“The camera is the latest addition in the Pearls of the Planet offerings of explore.org, the media division of the Annenberg Foundation. The foundation provides live feed from camera directed on wildlife present across the globe.”

In addition to the Arctic snowy owl cam, a feed on explore.org went live this week that will feature brown bears in Katmai National Park and Reserve, according to San Jose Mercury News.

Charles Annenberg Weingarten, explore.org founder and Annenberg Foundation vice president, said, “These live cams are about more than providing an incredible view of bears or owls during an amazing part of their season.”

Weingarten and his foundation would like to build the zoos of the future, where animals will run and live freely and people will get to be a part of the experience.

The camera that is directed on the Arctic snowy owl nest will provide unique insight in their lives, such as how many times a male brings food to a female. It will also obsere the eating habits of both parents and how often the female sleeps.

The Cornell Lab of Ornithology is a partner in the Arctic snowy owl project.

Web articles – via partners/network co-ordinators. This website and its contents are the exclusive property of ANGA Media Corporation . We appreciate your feedback and respond to every request. Please fill in the form or send us email to: [email protected]
Previous: Archaeopteryx fossil gives clues to feather evolution, Report
Next: Headbanging Causes Blood Clot For Metal Fan, Science Says