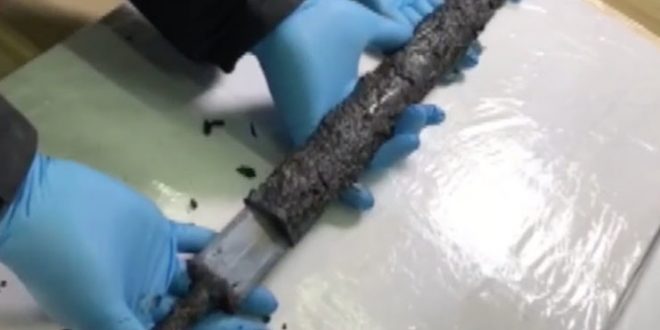 Researchers have recently discovered a 2,300-year-old sword from an ancient tomb in Xinyang city, Henan Province.

The sword is thought to come from the time of the Warring States, which was a period of 250 years between 475 BC and 221BC which saw numerous fierce wars fought between the eight states of the Zhou Dynasty.

In a video published by China Radio International (CRI), the millennia-old weapon looks sharp and is still glistening as an archaeologist pulls it from its sheath.

Following a series of tests the artifact is likely to be put on display at a national museum.

In April 2016, researchers unearthed a number of 3,000-year-old coffins after discovering 22 tombs dating from the Shang Dynasty (1600 BC-1046 BC). Historians believe the site was a “family burial place,” belonging to “affluent people, possibly aristocrats.”

Web articles – via partners/network co-ordinators. This website and its contents are the exclusive property of ANGA Media Corporation . We appreciate your feedback and respond to every request. Please fill in the form or send us email to: [email protected]
Previous: 2017 Mercedes-Benz E-Class Estate: What is it like on the road?
Next: Some dinosaur eggs took three to six months to hatch, finds new research