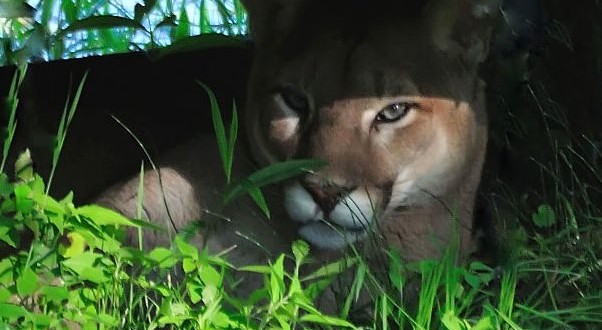 A fisheries biologist is recovering at the QEII Hospital after being attacked by a cougar late Tuesday evening in the Nose Mountain area, about 100 kilometres southwest of Grande Prairie.

“One of our colleagues was attacked by a cougar,” Jamie Hanlon with Alberta Environment and Sustainable Resource Development said. “She received first aid from colleagues at the camp, then was transported to hospital in Grande Prairie.”

No further information was released on her condition, although officials said she was able to communicate with family members and hospital staff.

At last word, a team of Fish and Wildlife officers were tracking the cougar, which will be euthanized if found.

Web articles – via partners/network co-ordinators. This website and its contents are the exclusive property of ANGA Media Corporation . We appreciate your feedback and respond to every request. Please fill in the form or send us email to: [email protected]
Previous: Bret Michaels Covers ‘Endless Love’ In Nissan Ad (Video)
Next: Stress may shorten pregnancy in coming generations, Study