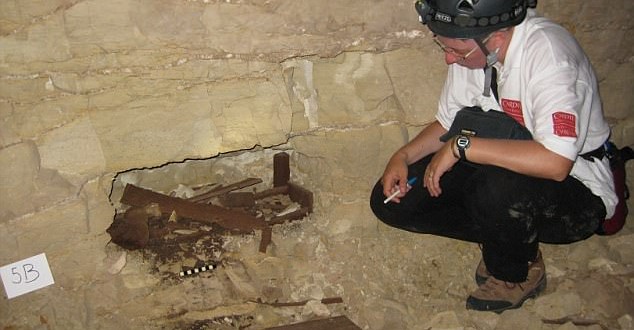 Not much is known about the animal cults of Ancient Egypt. The practice of dog mummification during that time was discovered in 1897 by Jacques de Morgan, a French archaeologist.

Archaeological evidence suggests that the practice was a large part of the economy in Ancient Egypt. “When you go to Saqqara now, you see an area of attractive desert with the pyramids sticking up and one or two of the prominent monuments” associated with animal cults, Paul Nicholson, a professor of archaeology at Cardiff University in the United Kingdom told Live Science. “It would have been a busy place… a permanent community of people living there supported by the animal cults.” This likely involved merchants, dream interpreters, tour guides, priests and people who would breed dogs for the purpose of gifting the gods. Nicholson told Live Science that there is no evidence the dogs were killed by physical action, but probably passed away from dehydration or starvation.

The mummification of the dogs, Nicholson told Live Science, was likely viewed as “expressions of gratitude that the gods would appreciate.” Some of the dogs were hours to days old, while others were advanced in age.

Archaeologists also found the mummified remains of other animals, including jackals, cats, falcons, foxes and mongoose, Live Science reports. The majority of the “gifts” to Anubis, however, were dogs.

Web articles – via partners/network co-ordinators. This website and its contents are the exclusive property of ANGA Media Corporation . We appreciate your feedback and respond to every request. Please fill in the form or send us email to: [email protected]
Previous: Cyberbullying linked to depression in adolescents, New Study
Next: Denise Richards slams Charlie Sheen over ‘piglet’ jibe