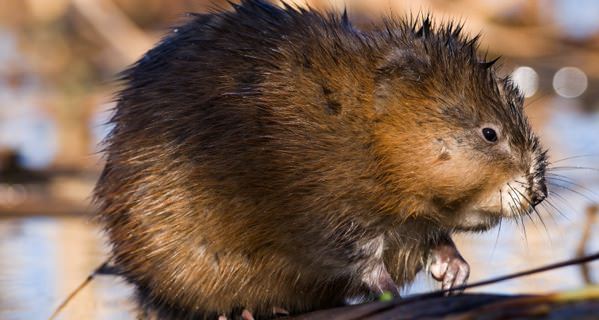 In a clear act of vote pandering, the Canadian Government has announced they will overturn the Royal Canadian Mounted Police’s decision to phase out the use of muskrat fur in their regular cold-weather hats.

“The RCMP made a decision based on facts, scientific testing and the collective attitudes of their members and the public,” says Michael Howie, spokesperson for The Association for the Protection of Fur-Bearing Animals (APFA). “The Government of Canada is clearly trying to pander to a dwindling industry and disregarding the rest of the country’s views.”

In a press release, MP Robert Sopuck stated that phasing out the muskrat fur hat would be disrespectful to the history of Canada and hurt “thousands of hunters and trappers” in the fur trade.

“Canada’s history is wide and varied,” says Howie. “We certainly have elements to be proud of. But to say that evolving as a community is somehow disrespectful to our past is disturbing, particularly to those who had their families torn apart or cultures demolished by past Canadian decisions such as residential schools and Japanese internment camps.

“Further, the vast majority of Canada’s fur industry today takes place on fur farms – where hundreds of thousands of mink and fox are kept in tiny cages and slaughtered for their skin. If the government intends to make wild and inaccurate statements about an industry that this year alone saw a 70 per cent drop in their market value, we certainly hope they have the facts and studies to back it up.”

APFA has launched an online petition demanding the Government of Canada honour the decision made by the RCMP. Tax dollars are being used – and therefore taxpayers are the ones who should be consulted on these decisions.

“Interfering with what the public clearly believes in is what is disrespectful here,” adds Howie. “And right now, we are disgusted with our government.”

Web articles – via partners/network co-ordinators. This website and its contents are the exclusive property of ANGA Media Corporation . We appreciate your feedback and respond to every request. Please fill in the form or send us email to: [email protected]
Previous: Linda Kayfish : woman calls for apology for brother’s death
Next: Lasers show how Sea Monkeys mix oceans, Study