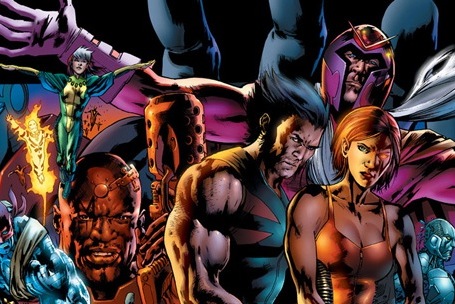 X-Men supervillain Apocalypse to hit cinemas in May 2016

Not to be outdone by The Amazing Spider-Man 2 trailer (complete with a tease of Doc Ock and Vulture), director Bryan Singer and 20th Century Fox have made a huge announcement for the X-Men franchise coming in the summer of 2016. By way of Twitter, Singer merely tweeted, “#Xmen #Apocalypse 2016” and then Box Office Mojo said the film would arrive on May 27th, 2016. If you’re not freaking out about that title, you’re not familiar with the iconic X-Men villain called Apocalypse, who has conquered North America and enslaved humanity in the comics. He’s one of the most powerful villains the X-Men have faced.

His most popular storyline, “The Age of Apocalypse,” ran in the “X-Men” books beginning in 1995. Set in a parallel reality, “The Age of Apocalypse” saw Professor Charles Xavier murdered before he could form the X-Men. Instead, a very different take on the team began with Magneto leading them through a post-apocalyptic America ruled by mutants.

Meanwhile, 20th Century Fox hired Simon Kinberg to help expand both the “X-Men” and the “Fantastic Four” properties. “I have a lot of ideas on how to built those brands and do what everybody is thinking of these days: Be like Marvel,” explained Kinberg. “I want to be able to build stories over multiple movies.”

Kinberg is the producer of “X-Men: Days of Future Past” and “Star Wars: Episode VII,” but he’s also currently busy writing a “Star Wars” spin-off.

Web articles – via partners/network co-ordinators. This website and its contents are the exclusive property of ANGA Media Corporation . We appreciate your feedback and respond to every request. Please fill in the form or send us email to: [email protected]
Previous: Kaley Cuoco Engaged to Ryan Sweeting : Beach Buddies in the Bahamas
Next: I want to retire at 50 how much money do I need?